Speaker 1: Hannah Bronte is an artist who works in video and installation primarily, but she's also an artist for whom sound is incredibly important. And in particular, music and hip hop to be precise. Hannah is someone who works with different collaborators when making her work. And this particular work, Heala for The National, she's worked with female hip hop artists. She's also worked with a group of women performers to create the video.

The work is a circular video projection onto a pool of sand, and it's surrounded by this incredible, glowing, orange, circular space. You really kind of feel enveloped in this orange space. And Hannah talks about orange as being the first colour that you see while you're in the womb, which is something I didn't know, and it was something when Hannah heard about that she felt that she really needed to explore it in her next work.

This work feels really powerful, and there's something about it when you watch and listen to it, that you feel uplifted. This work is about a place of grief, but it's about stepping out of the waters of your grief.

Speaker 2: Hannah's work speaks directly to women in particular, and whilst the imagery is about women's bodies and different women's bodies, women of colour in particular, it embraces all women to be part of this conversation about the trauma and the grief that we experience as women, and then how we heal that, how we are innate healers ourselves. And it seeks to send that message to all who watch it, men and women.

Displayed 2019 at Museum of Contemporary Art 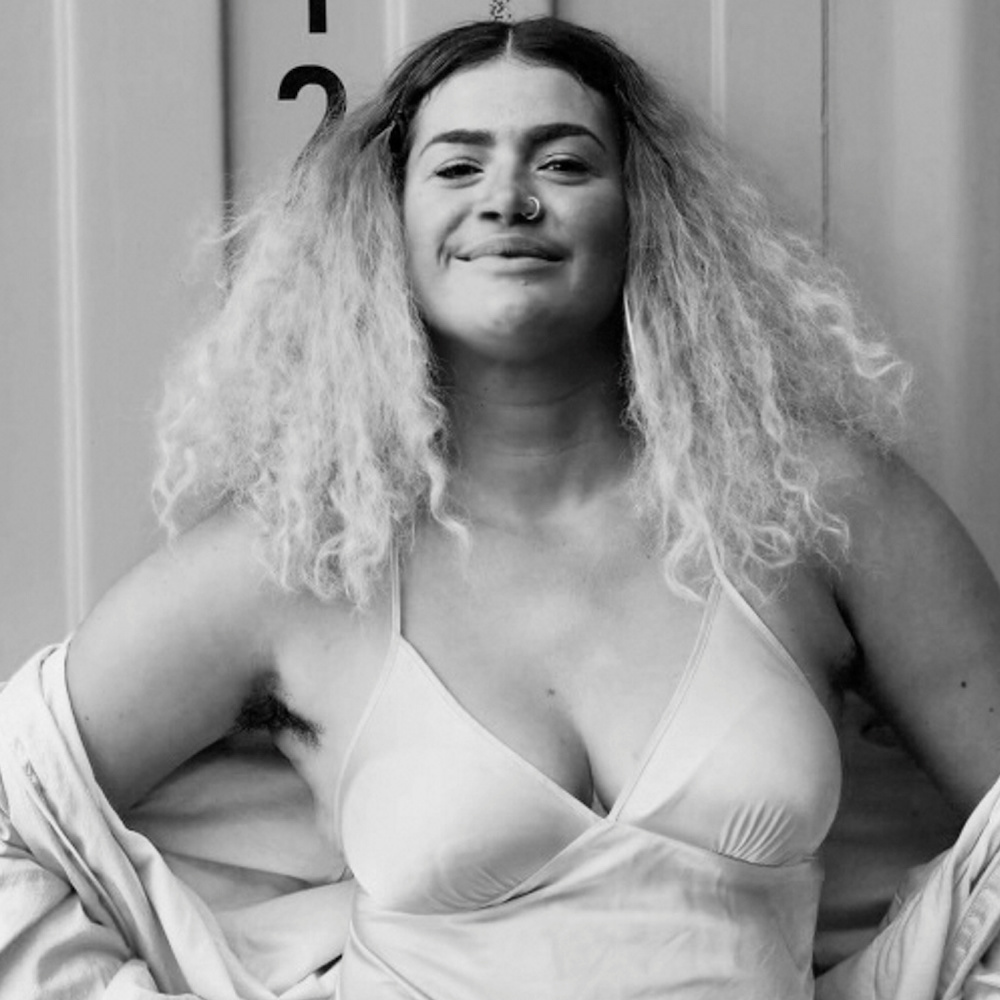 ‘Orange is the first colour you see in the womb. Light from outside through your eyelids.’ (1)

Hannah Brontë describes her installation Heala (2018) as an exploration of ‘swimming in one’s grief, right down to the depths of it, but imagining also what stepping out of the waters of your grief looks, feels and sounds like’. She says it is about ‘washing off our own trauma stories. Allowing our lives to be magic again’.

Inside an environment of draped orange fabric, a video is projected onto a circle of sand, of a group of women in a body of orange water. Their bodies – one heavily pregnant – are partially covered by muslin dyed in amber tones. Their bodies are sugarcane burning against the night sky, waves crashing against cliffs. One young woman floats in the water. Hands drum on her skin.

Melodic rapping plays in the background, sounds of sorrow and joy echo throughout. The bassline mimics the artist’s heartbeat, while ‘the high ends of the sound synch with the pace of waves crashing, the same rhythmic pace as an adult sleeping’. As with her videos Still I Rise (2016) and Umma’s Tongue – Molten at 6000° (2017), the lyrics appear as subtitles. Partly an acknowledgement of the deaf community, the subtitles amplify Brontë’s words, which ‘say things that aren’t normally said’. The slapping, splashing, rhythmic hitting expunges trauma.

For Brontë, an important aspect of grief is ‘womb grief’. She was raised by women who took on both masculine and feminine responsibilities – ‘that amount of pressure goes to the womb’. But womb grief is not just about inherited lived trauma:

Most women have been sexually assaulted. I don’t want to continue to make that all ours to wear. We all carry it around secretly, it feels so cyclic and insane. But it’s a fact, a story like anything else.

Heala also responds to the artist’s too-frequent loss of loved ones to suicide: ‘Many people who simply feel it all slip through the nets of society; we’ve lost psychic and spiritual structures that help manage seeing and tuning into life’s deeper currents’. Heala is dedicated to one of Brontë’s dearly departed:

This work is for her. By imagining her swimming in it and being held while doing so I can imagine at least in this realm that she didn’t go under the tide.

The slippage between individual and Country is seamless for Brontë, who directly links ocean trauma and female bodily trauma: ‘In the landscape, bodies of water carry the trauma, as do women. Mistreating Country comes from deep disrespect’.

Conjuring profound discomfort and salving release, Heala confirms Brontë’s status as a breathtakingly relevant, powerful artist. In her work, accepted norms and societal structures are sidelined by visions embedded in Indigenous traditions, nature and First Nations women, visions that function like antidotes to some of our society’s most endemic ailments.

She floats. She is still. She walks out of the water.

(1) All quotes are from interviews between the artist and author, August–September 2018.