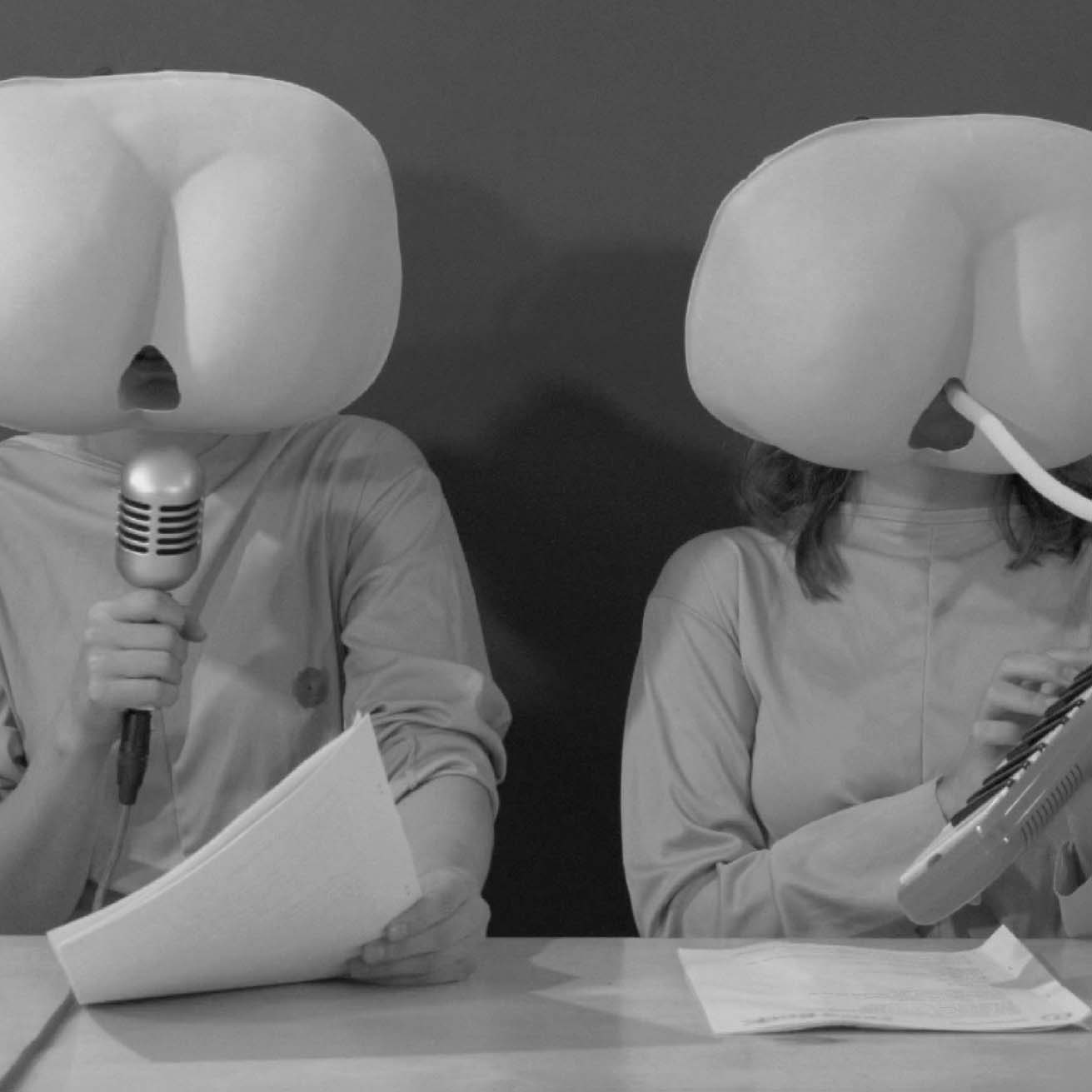 A Constructed World is the collaborative project of Geoff Lowe and Jacqueline Riva, founded in 1993. ACW believe in the notion of collectivity. Encouraging the exchange of ideas and embracing chaos, their practice is concerned with the narratives that we use to construct and understand our world. Influenced by post-structuralism and relational aesthetics, ACW explore how reality is perceived through cultural models.

A Constructed World (ACW) is the collaborative project of two artists – Geoff Lowe and Jacqueline Riva. Based in Paris they are unable to be physically present at Carriageworks for The National 2021. But ACW will nevertheless be very much present – in image, text, archive and performance. In the bodies and voices of others. In how they gather in and move through the space, conscious agents within the work as well as less suspecting audiences, all participants alike.

The installation – Partition #13, Ass Assembly / Assemblée des culs – is both an archive composed of all the above forms (image, text, performance etc) but most of all of ideas emitted in communicative acts, itself a situation occasioning an evolving set of performances. Assemblée des culs is an installation and performance work that first took place in Paris in 2017 and is reprised here for The National. The ground of the work is a large section of gallery wall painted green-screen green. This is a colour used as a chroma-key backdrop for live action filming, effectively holding space for a scene to be layered into the image. Across this wall is displayed an accumulation of elements. There is a prominent painting of buttocks and arseholes – a celebration of the body’s abject counterbalance to reason, knowledge and language. There is a monitor for video performances and a table in front of the wall that highlights the installation’s character as a setting – and a set – for ongoing performance. The work is an accumulation, but also a careful selection of archival material that acts simultaneously as document, art object and score. An archive generated by and pertaining to its prior iteration in 2017, it is also a sourcebook of sorts for new interactions and performances. This cycling of ideas and forms is emphasised by a painted plan for the wall installation that has been incorporated into the display by the artists.

Various activities will take place across this space, related to the previous iteration of this work, but also generated out of discussion around this new situation. While these and other performances are anticipated and in some occasions planned, ACW stress that these actions are formed relationally through dialogue rather than instruction. Philosophical Sandwich is a protocol for a performative work by philosopher Fabien Vallos, in which visitors gather and each receive a small bag with a vegetarian sandwich and short philosophical text. The work provides an occasion to gather, eat and speak together and think about where they are. In Unseen and Unspoken a participant sits at a table covered with a blue cloth and a crystal ball facing an empty chair; visitors are invited to sit and speak about what is unseen and unspoken. Tour of Partition #13 is simply an invitation to any audience member to give a tour of the exhibition, emphasising the right to speak in the space that the audience occupy. As described by ACW: ‘The person giving the Tour may then decide to give a general impression of the installation, or they may choose one, two, or more pieces and focus on speaking about those in more detail … The Tour could last two minutes, or twenty minutes, it is up to the curator, the speaker, the audience, the event.’

A persistently questioning approach to assumed knowledge systems and cultural forms characterises all that ACW do. They embrace uncertainty, not-knowing and speculative action while remaining focused on highlighting relationships between communication forms and the contexts framing them, always questioning the slippages between meaning and intent in speech acts. These are longstanding concerns of their work. But they feel more pertinent than ever.