EVERY ACT OF READING PERFORMS THE WORK is a monolithic virtual reality sculpture that is the repository of accumulated inquiries into The National and its cultural, interpersonal and historical ambiences.

The project has been enabled through a creative research partnership with Dr Andrew Burrell / Speculative Narratives and Networks Studio, Faculty of Design, Architecture and Building, University of Technology Sydney and supported by research assistant Alexandra Chalmers Braithwaite.

Agatha Gothe-Snape was a Resident Artist at UNSW Art & Design in 2018.

Agatha Gothe-Snape is represented by The Commercial, Sydney. 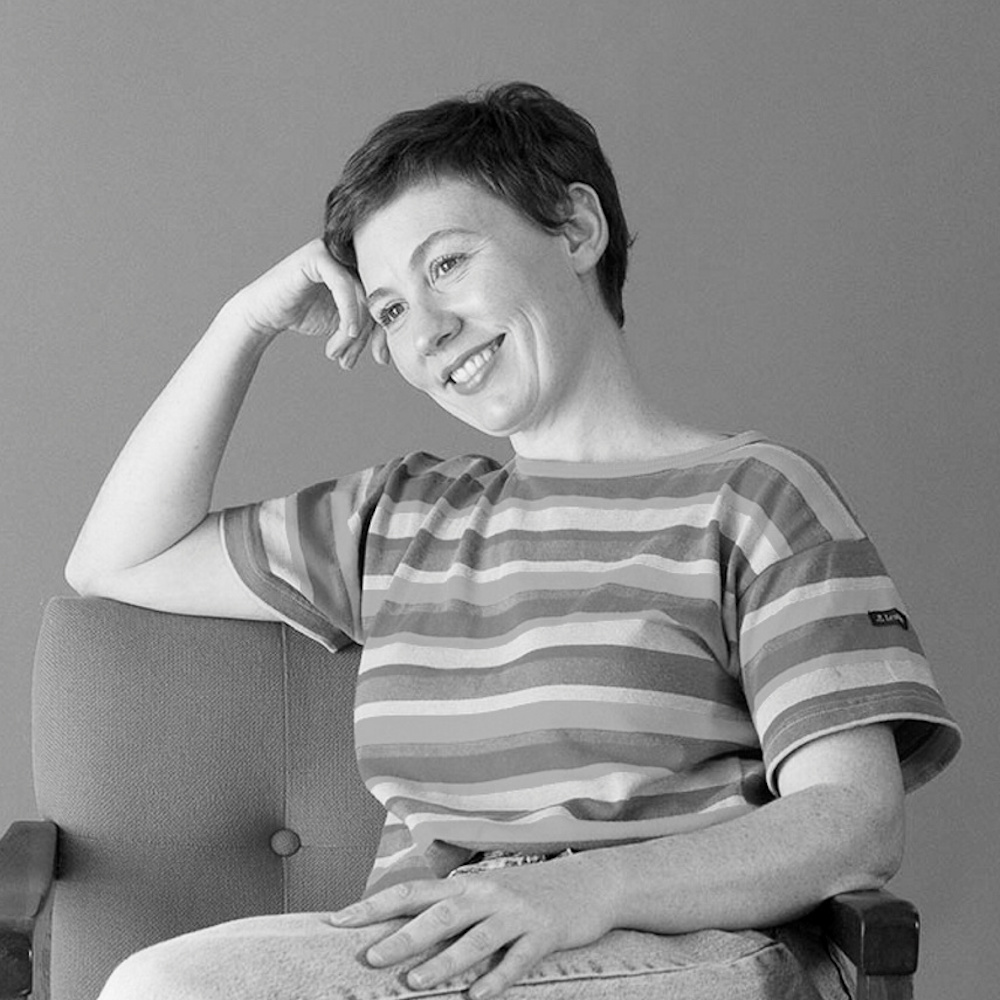 Based in improvisational performance, the meeting point between artistic process and social and historical context is a central theme in Agatha Gothe­Snape’s work. It takes many forms: performances (including dance), PowerPoint slide shows, workshops, texts (including correspondence, short poetic texts and headlines both appropriated and improvised), visual scores and collaboratively produced art objects.

A woman opens a fresh notebook. She strokes the pristine white page in anticipation: this is the moment, pregnant with possibility, before she begins to write. (It’s the final scene of the 2018 film The Wife.) (1)

Agatha Gothe-Snape appreciates a blank page as much as any artist; she’s always worked with drawing and text. But she also understands the irony of that opportunity: what has not already been written? Take the Every Artist Remembered series (2008–), the starting point for this current work; its interactions between Gothe-Snape and various artists remind us that a key function of writing is capturing memories. Like gigantic laundry lists on Arches paper, these seemingly detached recapitulations of artists’ names signify intimate connections between artists across time and space. They capture the glorious arbitrariness of affiliation, but also the ineradicable mark it makes.

Every Artist Remembered embodies memory. But this current work, the second instalment of a project commissioned for successive iterations of The National: New Australian Art that reflects on Australian art history, is unlike that earlier work, or indeed her works included in The National 2017 exhibition at the Art Gallery of New South Wales, Carriageworks and the Museum of Contemporary Art Australia. This new piece is only available online, a short trailer for a larger immersive experiential work to be shown in The National 2021. And here’s the second irony: despite this trailer being in the digital realm, it is born from sensuous bodily engagement. For if ‘every act of reading performs a work’, as artist and theorist Johanna Drucker suggests, then every act of writing reincarnates, even in the virtual realm, the body that brought it into being. (2)

How is this achieved? By playing with VR. During 2018–19, Gothe-Snape has been artist-in-residence at the VR Makerspace at UNSW Art & Design in Sydney. (3) There she’s using Tilt Brush, a three-dimensional painting program from Google that offers a blank page and a black marker (though it was intended for painting in colour, with many special effects). (4) Working in VR seems Gothe-Snape’s natural habitat: it offers ‘gesture, writing, body, time’, her constant companions, and infinite variation. (5) The multidimensional physicality of VR lets her swim among her words, dive under her notes, see them from above, behind, obliquely. It’s a radical breakthrough, exhilarating, as I know from personal experience. Gothe-Snape says previous projects with text have been, in a sense, data analysis; this is much more. Once again she will interview artists, but these notated conversations will grow into ‘accumulative galaxies’, whole constellations of interrelated ideas that vary with the viewer’s standpoint. As do all ideas.

The riotous non-hierarchical relationships between these multitudinous texts take me back to painting. The trailer Gothe-Snape has made is composed of words and phrases, yet its sensual willfulness most closely resembles the ‘formlessness’ invoked to describe the dissident modernism of Lucio Fontana or Jackson Pollock. More, it recalls Georges Bataille’s celebrated provocation: ‘affirming that the universe resembles nothing and is only informe [formless] amounts to saying that the universe is something like a spider or spit’. (6) It is precisely the tension between webs of meaning and uncertainty that Agatha Gothe-Snape is exploring here.

(3)  See https://artdesign.unsw.edu.au/campus/makerspace for an account of the guiding philosophy of the Maker movement.