So the first work that we see as we step into the Art Gallery of New South Wales in the vestibule is the first part of Andrew Hazelwinkel's three part work 'The Ongoing Remains'. We encounter a cluster of figures that all have the same face. It's a European male, a patrician male, a man with an aquiline nose. It's a figure that we expect to see placed on a pedestal and valorized as part of historical narratives. We expect to see this figure celebrated in a gallery such as this.

We don't need to know the context of who that figure is, but he is Niccolò da Uzzano, who's a Florentine politician who was around at the time of the Medici's. But that is entirely meaningless because what this figure represents within the context of Andrew's project is a kind of anonymous everyman. But there is vulnerability and fragility at play.

We start to notice that there are cracks and fissures and ruptures that pervert the contours of his face. It looks like someone's grasped his head and just violently shaken it. We encountered that figure two other times throughout the course of the exhibition. In a video installation in the depths of the old courts, which is where our historical collections are usually displayed, where we find this cinematic and atmospheric video work, where we find one of the faces of one of the casts that's Andrew's used being ground down into fine powder. So we find the face erased. At the end of the exhibition, we encounter the figure again, once the dust has settled, and this work functions almost like a full stop in the exhibition. So we find the faces largely gone, and all that's left is the faint trace of a jaw bone and a mouth. It becomes an empty space upon which we can project our own heroes, our own histories, and our own narratives into the future.

Part 1, The Emissaries: Keepers of Our Stories

Part 1, The Emissaries: Keepers of Our Stories

Part 2, Withness: A Haunting from The Ongoing Remains 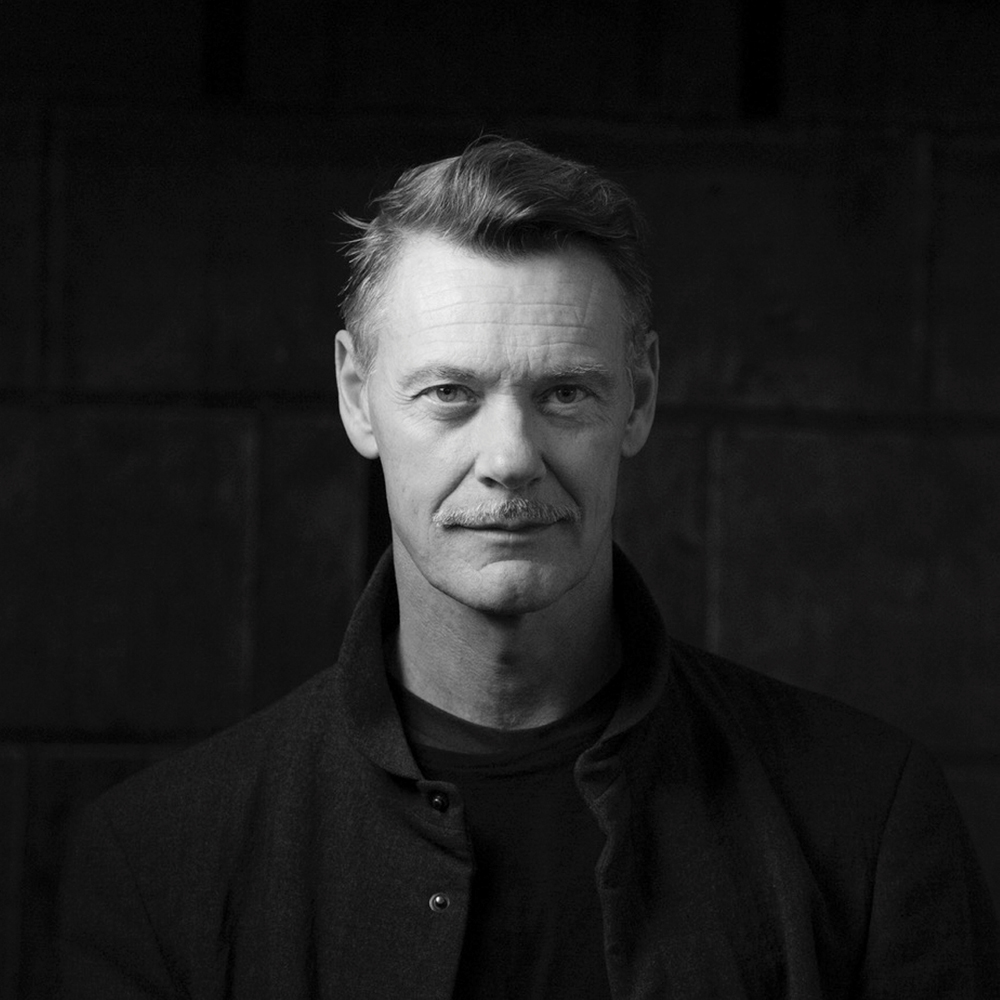 Andrew Hazewinkel makes sculpture, photographs, installations and moving image works. Often working with museum and photo-archive collections, his approach to the palimpsest of history varies. At times he is a story (re)teller, at times a thief, and at times a trickster in the realm of fact. Working with both sanctioned and marginalised recordings of the past, his works (re)tell the histories captured within objects as a way of releasing the objects from their incarceration within specified histories, thereby sufficiently loosening their ties to the past and drawing out their relevance within the contemporary realm.

Andrew Hazewinkel’s subject is antiquity, not only its residue materials but also its contemporary spirit. He investigates where antiquity resides now and where it is going. He shows how there is a force in the past. Mixing memory and desire to borrow T.S. Eliot’s famous phrase from The Waste Land), he shows how this force persists in the present while pushing into the future. And he shows how this force can be accessed artistically as an aesthetic ardour, as an agitation of feelings aroused by culturally charged old fragments that can act, over time, like catalysts for your thoughts and emotions.

To paraphrase the Welsh poet R.S. Thomas, the best artistry ‘arrives at the intellect / by way of the heart’. (1) Dionysian as much as Apollonian, equally carnal and mindful, Hazewinkel’s work prompts you to consider the continuous pulse in the past, to channel the animus of antiquity so it might guide your future wishes and actions. Equally sacred and profane, Hazewinkel’s work plays with the power of enigma and paradox. He imbues stone with bloodwarm tenderness. He brings a soft, breathing waft and welcome into the crisp, cool light that photography tends to demand. He places objects in proximity to one another such that they appear ready to resume some congress that has already happened among them or among their predecessors. And he suggests how we are all not much more than successors to the blooming, broken, bleeding and abraded bodies that are deposited in all the past times that now agitate the spirit of our material contemporary world.

With Hazewinkel’s work I am always reminded of two favourite quotes that I carry in my notebook:

1)  Robert Pogue Harrison’s assertion that we must absorb the legacy of the past while enacting our most noble rituals, so we can make sure that all those people and actions that have thus far composed history can be kept active in the eternally unfolding now ... ... ...

Whatever the rift that separates their regimes, nature and culture have at least this much in common: both compel the living to serve the interests of the unborn ... [But the special aspect of human memory-work is that] culture perpetuates itself through the power of the dead. (2)

Time is paradoxical; it folds or twists; it is as various as the dance of flames in a brazier – here interrupted, there vertical, mobile and unexpected. The French language in its wisdom uses the same word for weather and time. (3)

This is what you sense in your heart and then grasp in your intellect, when you encounter Andrew Hazewinkel’s work: the past does not necessarily diminish orderly or die down to a vestige along some perspectival cone. Rather, as Hazewinkel’s work helps you feel, all the dead and gone are actually hard to eliminate. They are in the present, equally pressing and available right now, like a storm looming to animate the atmosphere. After Hazewinkel’s work rouses your aesthetic faculties, it gets you thinking about how time is energetic and ever-present, thinking about how every past personage and occurrence somehow actually remain in our fears and wishes, still mixing our memories and desires.

O summon out of memory Into understanding
So that all may fear it
From the blood and fever
Of our passionate and forever Unregenerate spirit
Such spectacles
As men remember
Of the beautiful, musical
Of flesh, long, limber:
And deduce: how
In the consummate brow
Such cruelties dwell
As into eternity
Flushed the subservient blood, Flattened our silver cities
And covered them with wood.