One of the centrepieces of the exhibition here at Carriageworks is this work "United Nations," an installation of 28 flags by the Brisbane-based indigenous artist Archie Moore. The departure point for this work is a map from 1900 produced by a white lay-anthropologist and surveyor, RH Matthews. RH Matthews' map was one of the earliest maps that attempted to understand and document, to map, aboriginal territorial organisation across Australia, and it happened at a particularly interesting moment in terms of Australia's history, the year before federation ... It was a well-intentioned endeavour, we believe, but obviously deeply flawed and very problematic. It lacked methodological rigour, and it also revealed a lack of understanding about how aboriginal communities organise themselves.

Archie's work features flags from these 28 "imagined nations" as Archie calls them, these 28 indigenous nations that were identified on RH Matthew's map. Archie has developed designs for each of these very brightly-coloured flags though using Google Earth to examine the particular geographical and topographical features of these 28 regions. He's arrived at these designs. For Archie, they're artworks masquerading as flags. He actually calls them "false flags." They obviously don't have the status of a national flag, but nor do they follow the kind of strict protocol of national flags in terms of their display. They're intended to be ambiguous and contradictory to raise questions of authenticity and also to reflect the artist's own personal fragmented identity. 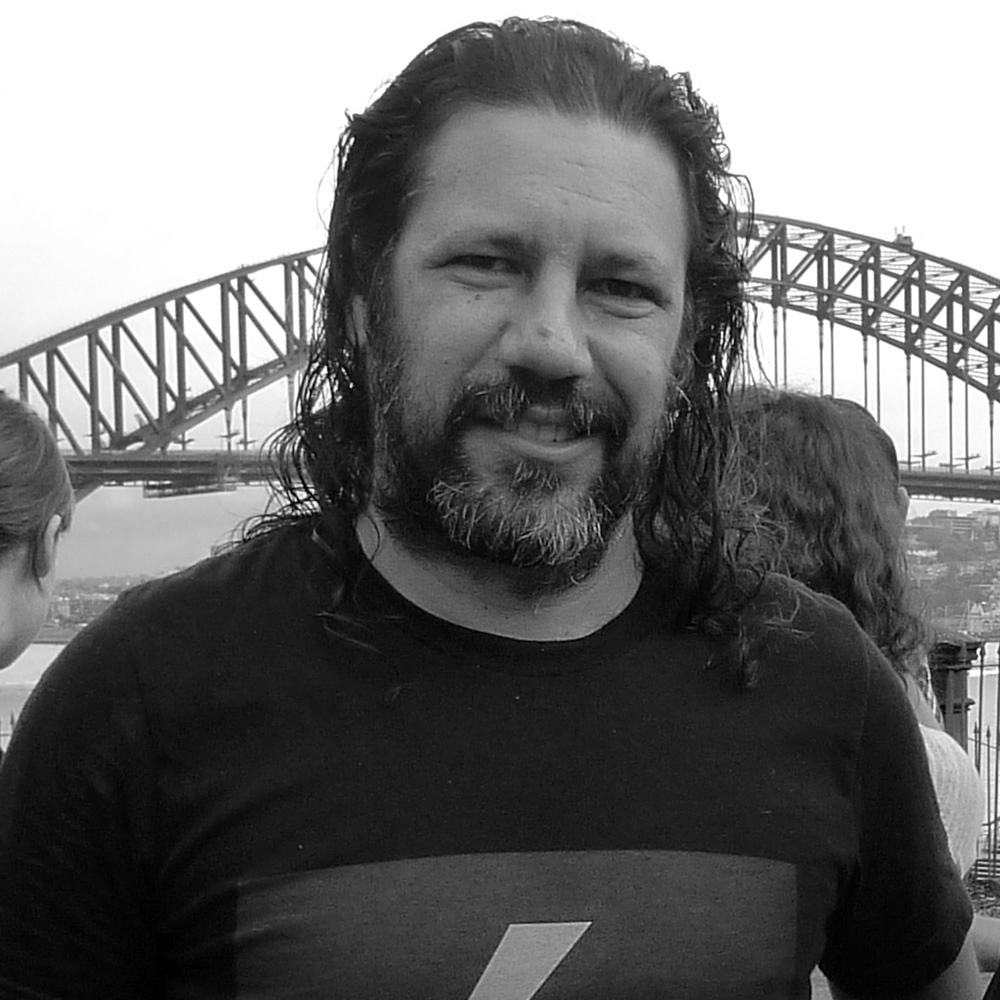 Archie Moore works across media in portrayals of self and of contested national histories. He questions key signifiers of identity – skin, language, smell, food, dwelling, politics, religion, flags – and points to errors in foundational intercultural knowledge, asking what are the outcomes of misinformation. His practice is embedded in Aboriginal politics and the wider concerns of racism. Uncertainty is a recurrent theme pertaining to his paternal Kamilaroi heritage.

Aboriginal artist Archie Moore, much like his African–American boxing namesake, packs an almighty wallop. Archie Moore the fighter did so in the ring in the 1950s and 60s with power and grace, while Archie Moore the artist is also not just a big hitter but deals with his craft with great creativity, flair and colour. United Neytions (2014–17) is an important work, both confronting and thought-provoking.

By the turn of the 20th century and in the wake of Social Darwinism, the makeover that the Aboriginal people of Australia were aimless wanderers with no attachment to place was near complete. If Aboriginal people were depicted as nomads with no attachment to land, it absolved all guilt of those who showed no remorse or conscience in ripping the country from its traditional owners. Understanding the meaning of Aboriginal land tenure, the denial of that ownership and the exploitation of Aboriginal land, forms an integral part of the history of the continent since 1788.

A lack of comprehension of Aboriginal tribal boundaries and our spiritual, cultural and communal meaning has plagued the European mind since occupation of the Australian continent from first contact to the present. Yet early European observations and recordings of Aboriginal connections to Country have left an indelible imprint. Significantly, early European explorers, colonisers and missionaries were looking for tangible physical or mental interpretations of land boundaries with their observations. For Europeans, landownership was indicated by physical presence as represented by housing and fences. On the Australian continent they found no recognisable expression of these constructed physical boundaries. However, there was an interpretation of mental imaging of boundaries as expressed through geographical boundaries. These boundaries were strongly represented through mountains, rivers, rocks, lakes and other geographical features. Norman Tindale reinforced this concept over decades of research. He evidenced ‘the close correspondence between many tribal boundaries and physiographic, geographic and ecological observances’. (1) The concept of the boundary in Aboriginal cosmology was expressed through sacred, spiritual affiliation with the land, as given by the Creative Ancestors. Canon Carlos Stretch reflected:

The Aboriginal has a name for every locality in his tribal area. These he names not after someone or somewhere else, but on account of some peculiarity of the physical feature, or some incident that took place there; and in many cases the name remains. He had a name for every bend in the creek or river in his locality and for every geographical entity. (2)

It is this conflict and contrast over land that Archie Moore so poignantly and powerfully sets out to challenge. Moore’s artwork critically utilises the flawed yet important map produced by the surveyor, anthropologist and ethnographer R.H. Mathews. While Mathews’ map is far from accurate, it does clearly define Aboriginal nations in complete opposition to the lie that Aboriginal people were aimless wanderers with no fixed address. At the time and after, R.H. Mathews and his map were much maligned, prompting the question as to whether he was a ‘provocateur, a visionary or a madman’. (3) In essence, Archie Moore captures, through his art, this conflicted landscape and stamps down with authority that we were and remain a sovereign people.