Caroline Rothwell is an English-born, Sydney-based artist who works across an array of sculptural and painterly media. In this exhibition, she presents three animated drawings or short films, which are called Carbon Emission drawings. And she makes them using the by-products of the fossil fuel industry. In this instance, she's scraping soot from car exhaust pipes. She's mixing it with binder and with water to create a pigment or soot upon which she paints these very delicate paintings onto small sheets of glass, which are then animated to become film projections. Caroline's work often engages with themes around environment, sustainability, carbon cycle, and the decline of the fossil fuel industry. 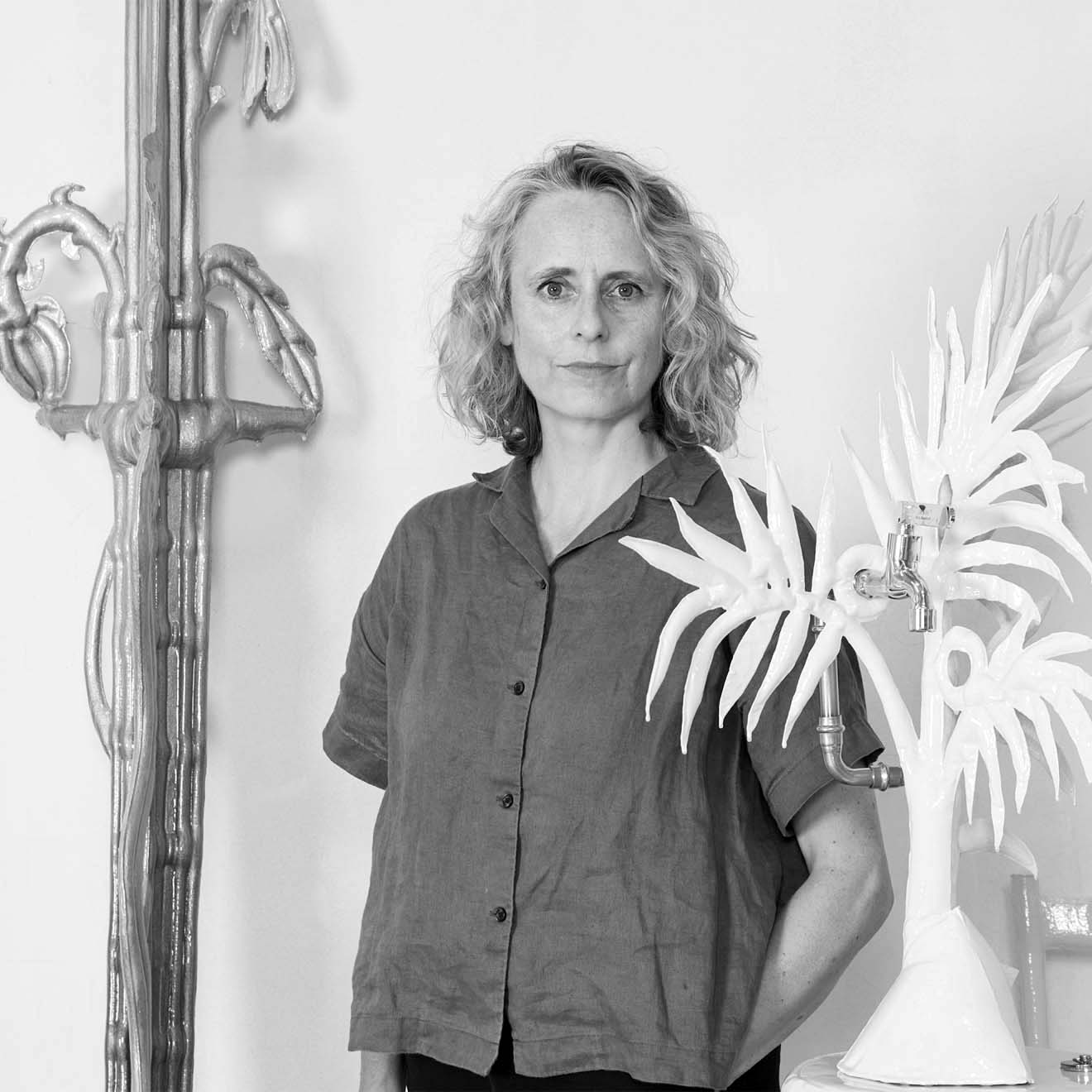 Caroline Rothwell’s research-based practice investigates how ideologies and beliefs have shaped contemporary society. Approached through a scientific lens, her works explore human interaction with nature throughout history and its lasting effects. Rothwell works across two- and three-dimensional media and animated film, often manipulating botanical and industrial forms. Rothwell has undertaken exhibitions in Australia and abroad, and her work is held in numerous national and international collections. In 2016, she undertook the Loti Smorgon Sculpture Terrace Commission at the Museum of Contemporary Art Australia, Sydney.

I’m sitting in my garden in Ōtautahi Christchurch, thinking about Caroline Rothwell’s work. It’s late afternoon, a breeze is stirring the leaves on the trees, and a cloud trails across the sky like a wisp of smoke. The garden is full of languid late summer butterflies and bees, and a rousing chorus of cicadas is singing. Here, at the end of the world, it feels like the end of the world is a long way off.

But it’s closer than it was. Human emissions of carbon dioxide are heating the planet beyond normal fluctuations, and extreme weather events are a regular occurrence. Ecosystems are under threat. The politics of water is becoming increasingly acute. Politics itself is becoming dangerously partisan. ‘It’s important not to catastrophise,’ says Rothwell, speaking to me from her Darlinghurst studio. ‘It’s important to bring people with you.’ She’s telling me about the Dirt Witches, a collaborative group she belongs to that campaigns on climate change, whose members recently planted a micro-forest in the heart of Sydney's Haymarket. Art, she suggests, has developed a powerful voice again during this long moment of crisis. ‘Artists can be high-speed philosophers. They can speak truth to power playfully and with subtlety. Art can start conversations.’

Rothwell has been starting conversations about the natural world with her work for the past three decades. Flora, fauna and weather systems have provided subjects, while recently she has focused on carbon emissions. The three animations commissioned for The National 2021 are painted with lamp black, or soot – the residue from fossil fuel emissions, mixed with a binding agent. Rothwell scrapes the soot from car exhaust pipes; she’s found that different cars produce different colours, depending on the efficiency of the engine and the rustiness of the pipe. She mixes the local emissions with others sent to her from the industrial smokestacks of Philadelphia, as well as soot from the 2019 New South Wales bushfires – climate change doesn’t respect national borders, and we are all in it together. In her animations, literally conjured forth from smoke, a tree grows inside a bare room, glimpsed through an aperture which emits tendrils of gas along with free-floating numbers denoting measurement. In another, curlicues of smoke billow forth from rococo-styled fretwork – pointing to the period of history from which human emissions of carbon dioxide began to be measurable.

While the evidentiary basis of science is the starting point for much of Rothwell’s work, there is a poetic quality to her practice which communicates in another equally powerful register. Take the major sculpture she has produced for The National, for example. It looks like a tree suspended upside down, or alternatively its root systems, spreading out under the earth in an invisible mirror of the branches above. But it’s a representation of human lungs, with the thorax and bronchi taking the place of the trunk and boughs. Trees, of course, are the lungs of the world, taking in carbon dioxide and giving out oxygen. Rothwell’s sculpture reminds us – with poetic simplicity – of the reciprocal relationship between our own existence and the lives of trees on earth. ‘For me, representation of landscape is political,’ says Rothwell. ‘Landscape is political.’

The artist thanks the team at Google Creative Lab for their extraordinary assistance in developing Infinite Herbarium, as well as Rachel Kent, MCA Australia, The Royal Botanic Garden Sydney for their support. The artist thanks D’Arcy, Vito and Sylvia and acknowledges the Traditional Owners of the land on which she works and lives, the Gweagal, Bidjigal and Gadigal peoples and pays respect to all Elders - past, present and emerging.