I've known Cherine Fahd for about 11 years, and worked with her on a number of occasions during that time. As I was setting out to curate the National, I met up with Cherine to see what she was up to, and she showed me an envelope of photographs detailing the funeral and burial of her paternal grandfather in 1975 at Rookwood Cemetery in Sydney.

Cherine was, at the time, writing an essay, an academic essay, on these particular photos, as a way of understanding their power and their mystery. Through our conversation that we had, Cherine adapted these photographs, these found photographs from the family archive, into a series for the National.

What we see are nine of the 24 photos, detailing that particular day in 1975. Cherine has added two layers of footnotes to the images. The first layer of footnotes is suggestive of a kind of almost pseudo-scientific indexing of what the content is alluding to, with the second layer of footnotes being a much more emotional index, a literary, or perhaps, I don't know, spiritual or personal connection to the images.

The work is called ‘Apókryphos’, which actually in Greek means "hidden." And so, in some ways, Cherine is making or exposing images that have been hidden in the family archive for a long time, and, in doing so, making an interesting comment on what we present to the world in photographs. For instance, it's very common to represent weddings, but it's not so common, in Western culture, to photograph funerals. So, it's an interesting kind of meditation on the rituals of life and the rituals of death. 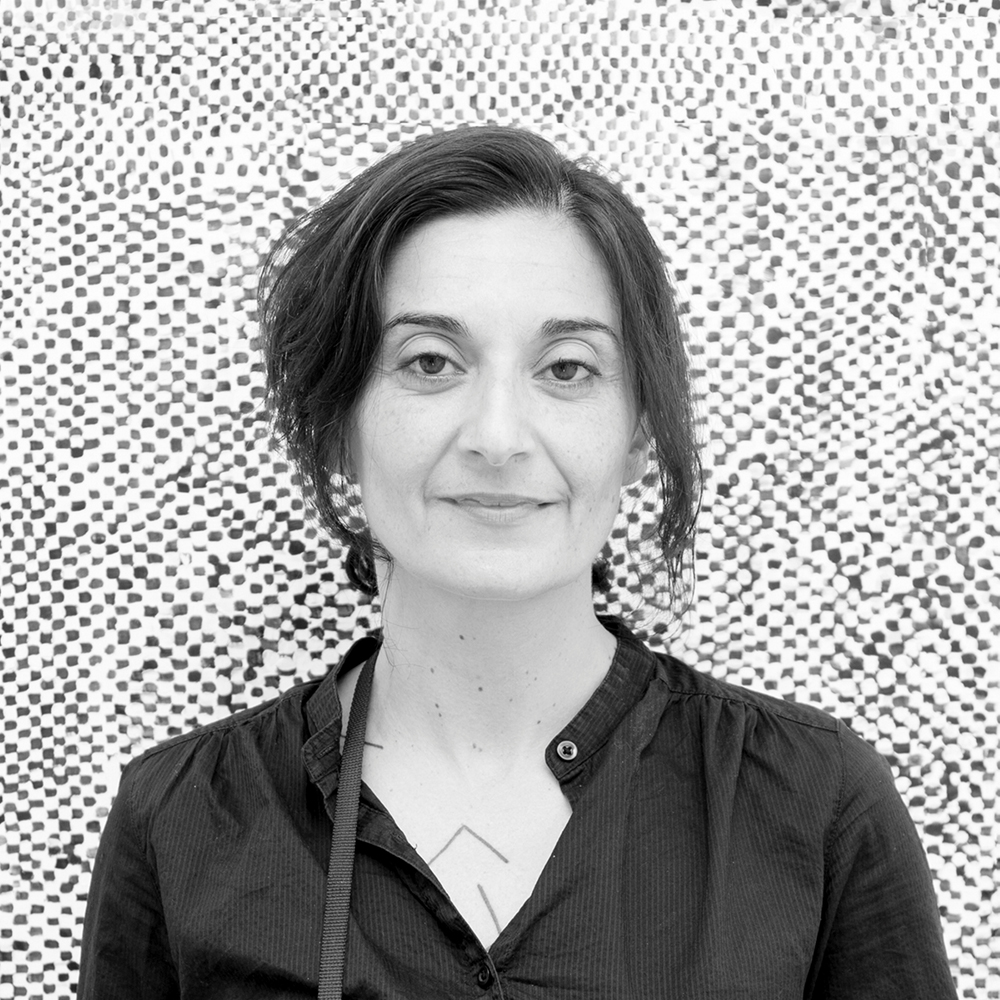 For two decades Cherine Fahd has worked with documentary modes of image-making. Much of her early work presented a surrealist engagement with spontaneous actions that involved hiding herself and her subjects from view, as well as the documentation of peculiar gestures. Currently, she continues to test the distinctions between the staged and unstaged image, while asking questions of the ways we perform for the camera. This has evolved from an enduring focus on familial experiences, which often, to humorous effect, has provoked questions about the politics of appearance, concealment, race and identity, in relation to self and other.

Father’s father’s coffin (1)
Cherine Fahd’s series for The National 2019 is simultaneously new and not new. Apókryphos (2018–19), meaning hidden, secret or unknown in Ancient Greek, presents images from a family archive, made public for the first time. These photographs document the funeral and burial of the artist’s grandfather, who died suddenly and traumatically in 1975 when she was only two years old. They were taken by a now forgotten photographer, a family friend.

Lay hidden for 40 years
The photographs were given to the artist by her grandmother, the grieving widow. They were contained in an envelope never before seen by the artist.2 Grief is private and rarely documented. Here, Fahd has chosen, with her father’s blessing, to invite the viewer to bear witness to a family grieving.

Looking at you looking at us
A constant presence is the artist’s great-uncle, the brother of the widow. He stares directly into the camera. Possibly he is questioning this transgressive act of documenting such a private moment. On looking, we are conscious of our own voyeurism.

There is not a single image of the dead man

The subject of this ritual, the grandfather figure, is absent from the images. This speaks to the absence that is ongoing for his family, and though the artist was alive at the time, she too is absent from the images. In grief, photographs of our loved ones are touchstones that keep their memory alive. The subject of Apókryphos becomes the grief of the dead man’s family, the loss they continue to bear.

A Hills hoist
There is both familiarity and distance in these images. The gum trees and overexposed light are a shared experience of childhood in suburban Australia. The distance comes from their black-and-white printing, framed with a narrow white border, as was custom for photographs of the time. The clothing and haircuts further date the images; they are inescapably from the 1970s, when sideburns and flared trousers were fashionable. This distance provides space from the grief; half a lifetime.

What is the place of the witness?
Fahd has annotated the photographs using two divergent sets of footnotes. The first is descriptive: the numbers list the people of the photographs and what their relationship is to the artist, her father or her grandfather. The text becomes increasingly personal as we move through the series and Fahd starts to call her grandmother ‘Teta’ and her deceased grandfather ‘Jido’.

Signifies a change in the archive
The second set of notes consists of observations, reflections or questions. Fahd’s writing is poetic and fragmented. In one image she writes: ‘What is the place of the witness?’ The photographer was bearing witness to this ritual, as we now bear witness. Fahd’s writing is an act of archiving and indexation; she interprets the photographs but importantly brings them into the present. This process makes the marking of her grandfather’s life a contemporary act.

I was not there

(1) These subheadings are quotes from the text annotations in Cherine Fahd’s series Apókryphos (2018–19).