This work by Dale Harding has evolved from his recent research into rock art in the Carnarvon Gorge area in central Queensland, which is on his country. Dale has been thinking about these extraordinary examples of stencilled rock art as indexes of sorts which record the traditional knowledge and the object-making practises that were specific to that region and which were subsequently displaced by the Christian mission system which moved communities and cultural practises and objects off country.

The installation itself has three components. There's a wall painting that Dale created in collaboration with two of his relatives, Uncle Milton Lawton and his cousin Will Lawton, using this incredible historical method of mouth blowing ochre onto the wall and using a number of objects to create the stencil effect.

The objects are then included in the space. There's a female fighting stick and two male fighting sticks which are joined by an oral history transcript that was given to Dale by one of his relatives, and which describes the life of his family on the Woorabinda Mission.

The final component is a series of initials and names that are drawn from that manuscript, and they're the names of white mission workers. And they are inscribed into the gallery wall opposite the wall painting and then covered over by Dale in an act of silencing.

One of the really interesting things that emerged through the process of making the wall painting in this space, and which Dale talked about at the time, was that it has come to represent a sort of typography of the country that it relates to. So one section of the wall painting sort of symbolically gestures towards a plateau. Another to grasslands which are punctuated by ironbark trees.

Research image for work in progress, 2016
Image courtesy the artist and Milani Gallery © the artist 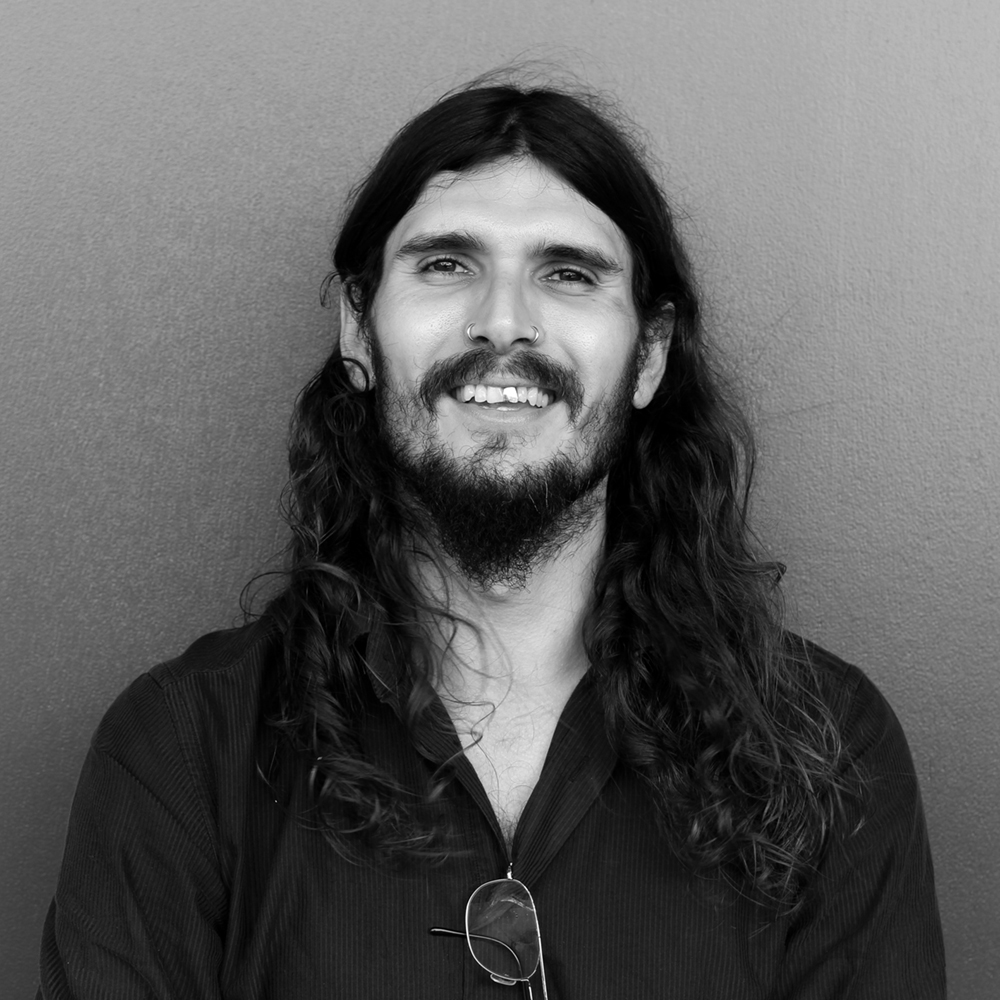 Working in a wide variety of media, Dale Harding is recognised for artworks that explore the untold histories of his communities. Recently, he has been investigating the social and political realities experienced by members of his family who lived under government control in Queensland, with a focus on his matrilineal elders.

If I live my life in anger, fury and with a sense of injustice, and I can’t say why, or what, or who this is because of, I’m living sick.

Dale Harding’s work Know them in correct judgement (2017) is, quite simply and quite beautifully, a continuation of his investigations into his family’s story. His practice is strongly anchored in presenting a corrected history of the injustices inflicted upon his family. More recently, Harding has brought these stories to us in a cultural form not often seen from one so young or, indeed, from an art school-trained artist.

In creating this work, Harding draws from his own artistic traditions of stencilled and carved imagery in sandstone galleries throughout Bidjara, Ghungalu and Garingbal Country. He also draws upon the mission history of his family – Woorabinda Mission was established on Ghungalu land.

Harding’s installation comprises a number of key elements – a full-scale fighting stick, which references the stick his great-great-grandmother Ada Mummins, a senior Garingbal woman at Woorabinda, would use to uphold social cohesion in Woorabinda women’s life and business; two small fighting sticks of the style used by Jack Kemp, Ada’s son, in a similar way to the large fighting stick but within the men’s domain; and an A4 book presented to Harding by Tim Kemp, also Ada’s son. This 2001 book, The Oral History of Mr Tim Kemp by Sue Maytom, contains Tim’s handwritten corrections. An educated man, Tim had a deep knowledge of local plants’ medicinal and herbal properties and is quoted in the book, describing Woorabinda Mission as a ‘concentration camp’ and those in authority as ‘vile’.

Harding, with the help of his uncle Milton and young cousin Will, has used historical methods to render these objects as stencil drawings upon the gallery wall. The ochre was sourced from Ghungalu Country and is the same ochre used by Ghungalu people since time began. Harding’s understanding of natural pigments as a contemporary medium has allowed him to develop their use to create depth in this work. The three generations who created Know them in correct judgement have performed a familial act of remembrance – an act of teaching and of learning a family skill.

On the opposing wall, Harding has carved the names of five people who worked on Woorabinda Mission – names belonging to some of the ‘vile’ people as documented by Tim Kemp. In accordance with inherited aesthetic convention, these names have been splattered over with ochre. In doing so, Harding has compelled these people into silence, leaving them ‘dislocated and without status’. (2)

Dale Harding discusses his work, Know them in correct judgement (2017)