Erin Coates is a Perth-based artist who works across media. She works in video installation, film, drawing, sculpture. A lot of her work she describes as starting with drawing and so we have two walls of small drawings here at the MCA. The first wall, the drawings are sometimes slightly abstract although we have this extraordinary one of the ... a sort of a figure peering down this tunnel. This lonely figure. But they are drawing of objects, almost sculptural forms. And she says that in some cases these works do prefigure sculptural installations and sculptural works that she's made. They're almost as studies for those. And others, they're the starting point for ideas where she'll just start thinking about an object or form and its occupation of space through drawing before moving into another media.

I like that idea of the process involved in the work and she has exhibited these drawings often in small groups, or one or two associated with the larger installation work but never really brought them all together or brought a big section together like we have here.

We also have a series of drawings that are quite specific in their relationship to her other great interest or passion which is rock climbing. She's an avid and very accomplished rock climber. And these are drawings that actually map out different potential rock climbing routes, or climbing routes, over pieces of architecture or particularly public sculpture and we've brought together some here that actually feature Sydney in particular. So the Frank Gehry building at UTS or some key public sculptures through the city.

Rock climbing features in her other work here which is a video work called "The Last Climber Alive Must Keep Herself Fit and Ready" and it brings together her interest in climbing and also her interest in science fiction film. So in this film she has videoed or filmed one of the largest architectural scale models in the world which is a model of the city of Beijing, which is actually housed in Beijing. So it has this eerie empty, slightly artificial quality like a film set and she's fascinated by a slightly B-grade film.

Into that is layered footage of a woman climbing the space or climbing, walking through, running, exercising, stretching, et cetera, that she's filmed a climber friend and a German in Perth. So you have this sense of this alone woman in space and it's a little reference to or almost a critique of, or talking back to that history, that genre of post-apocalyptic science fiction film where you have a lone survivor waking up to the dawn of a new world where everyone else has disappeared and that eerie element of how to survive as a ... in that environment. And here it's a rare instance of a woman playing that protagonist. And there's some strange, eerie, untouched urban dystopia almost.

Displayed 2017 at Museum of Contemporary Art 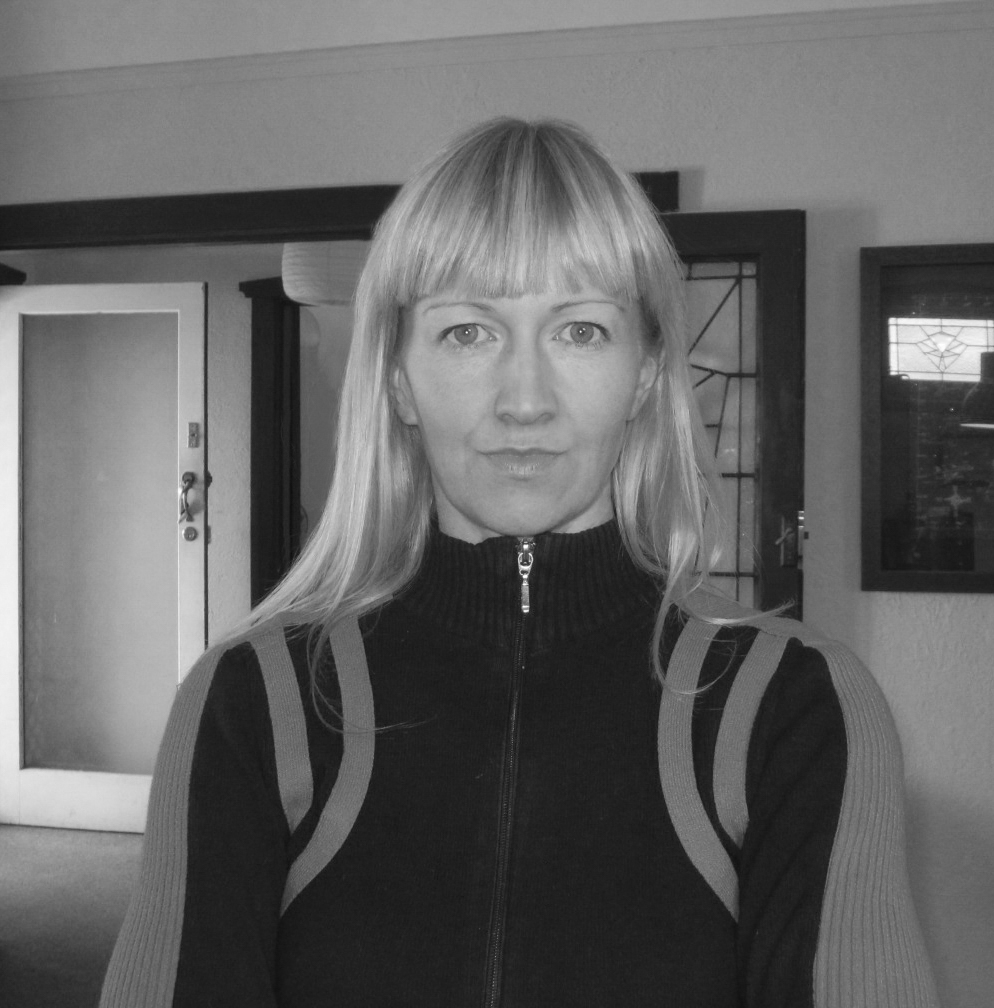 Erin Coates is an artist and creative producer working across video, installation and drawing. Her first major solo exhibition, Kinesphere, was held in 2014 at Perth Institute of Contemporary Arts and was the result of the Catalyst: Katherine Hannay Visual Arts Commission. Coates’ screen works are shown in both gallery spaces and film festivals. She has recently begun developing a series of works that explore a new vision of the Australian Gothic, focusing on oceanic species, histories and mythologies. Her creative process often involves collaborating with specialists from other fields such as engineers, musicians, scuba divers and parkour performers. Coates’ recent work explores the limits of the body and the potential of physical interaction with an environment. For this body of work she has drawn together her background as a rock climber with her interests in architecture and built space.

The city streets are empty, after the apocalypse. Our hero, a lone female athlete, roams the rooftops of the deserted megalopolis. We survey her from afar, so as not to disturb her solitude. She stretches and trains, keeping herself limber and strong – though for what, we don’t know. Is it some trial that awaits her? An unknown adversary? Perhaps it is for the city itself: purged of its public, the buildings have become her private territory, her personal climbing gym, offering towering walls of stone and glass against which to test herself. It’s an opportunity she doesn’t intend to waste.

Erin Coates’ The Last Climber Alive Must Keep Herself Fit and Ready (2014) ties together many of the artist’s enduring fascinations, and may be considered an emblematic work in her practice. In this short film, Coates’ affection for dystopian science-fiction cinema weaves together with the meditative physicality of the rock climber, while also contemplating the balancing act between autonomy, control and surveillance in urban space.

The film’s set is a meticulously detailed 1:750-scale replica of the city of Beijing. Housed in the Beijing Planning Exhibition Hall, this miniature cityscape is one of the largest architectural models in the world. The climber has been inserted into this scene using a chroma key or green screen technique, evoking a nostalgic association with the slightly patchy Hollywood special effects of the 1980s and 90s. The work’s title also alludes to a particular subgenre of post-apocalyptic science fiction, in which a lone human survivor – typically male – must endure against the odds; Planet of the Apes (1968), The Omega Man (1971) or 28 Days Later (2002), for example. This climber is, however, a distinctly 21st-century protagonist: a physically tough, indomitable super-heroine in the vein of Lara Croft or Jessica Jones. Like Coates, the performer, Shevaun Cooley, is an accomplished rock climber.

Coates often starts a project with a drawing – either a simple pencil sketch or a complex digital rendering – that plots out the coordinates of an idea. These drawings might trace a climbing route, perhaps a plan for scaling a building, reflecting the artist’s interest in parkour and urban bouldering. Coates has clambered up the side of art galleries and to the summit of many public artworks. These physical pursuits defy the subtle control exerted by the familiar mechanisms of urban traversal – footpaths, lane markings and access ramps – and, in this way, Coates seeks to resist the accustomed approach by which we access and interact with our cities.

There exists a pleasing push-pull dynamic within Coates’ practice, whereby her rebellious, athletic noncompliance with habituated means of navigation is often carefully planned and diagrammed. This seemingly paradoxical approach, which combines physicality with scrupulous tactical preparation, often translates into the fundamental structure of her work. For instance, in Thigmotaxis (2014), a seven-metre-high black monolith Coates created for her exhibition Kinesphere (2014), her own physical movement, in the form of climbing routes, was translated into diagrams that were then enlarged into architecture – the map became the territory. In The Last Climber Alive Must Keep Herself Fit and Ready the performer has been effectively miniaturised – à la the 1957 B-grade movie The Incredible Shrinking Man – navigating not a real city but the architectural plan of one.