This work is by Eugenia Lim and it's called, "The Australian Ugliness." The title comes from a book that was written by Australian architect Robin Boyd in 1960. So this book was called, "The Australian Ugliness." It had a thesis that was around what do our buildings say about us as Australians essentially. He said that Australia, in a sense, was ugly. It was full of featurism or needless embellishment, and perhaps that there was something that you could draw a connection between that and how we feel about ourselves as Australians.

Eugenia has taken that idea and looked at it but through a much more contemporary lens. She's created the work based on one of Robin Boyd's final buildings. Funnily enough, the final building was actually hated. It was a fish and chips shop in Melbourne. People really disliked it. It was almost like the buildings he was saying were ugly in his book. Eugenia has created a video installation that sits inside this huge yellow structure where she visits more than 30 Australian architectural sites and makes these performative interventions into them as a character called, "The Ambassador."

Eugenia is Asian-Australian. She uses yellow in her work as a kind of key motif. What she's talking about is that idea of the yellow peril, so the way that that can come up as a casual racism in Australia. She's created this extremely yellow world for you to watch the video installation inside. 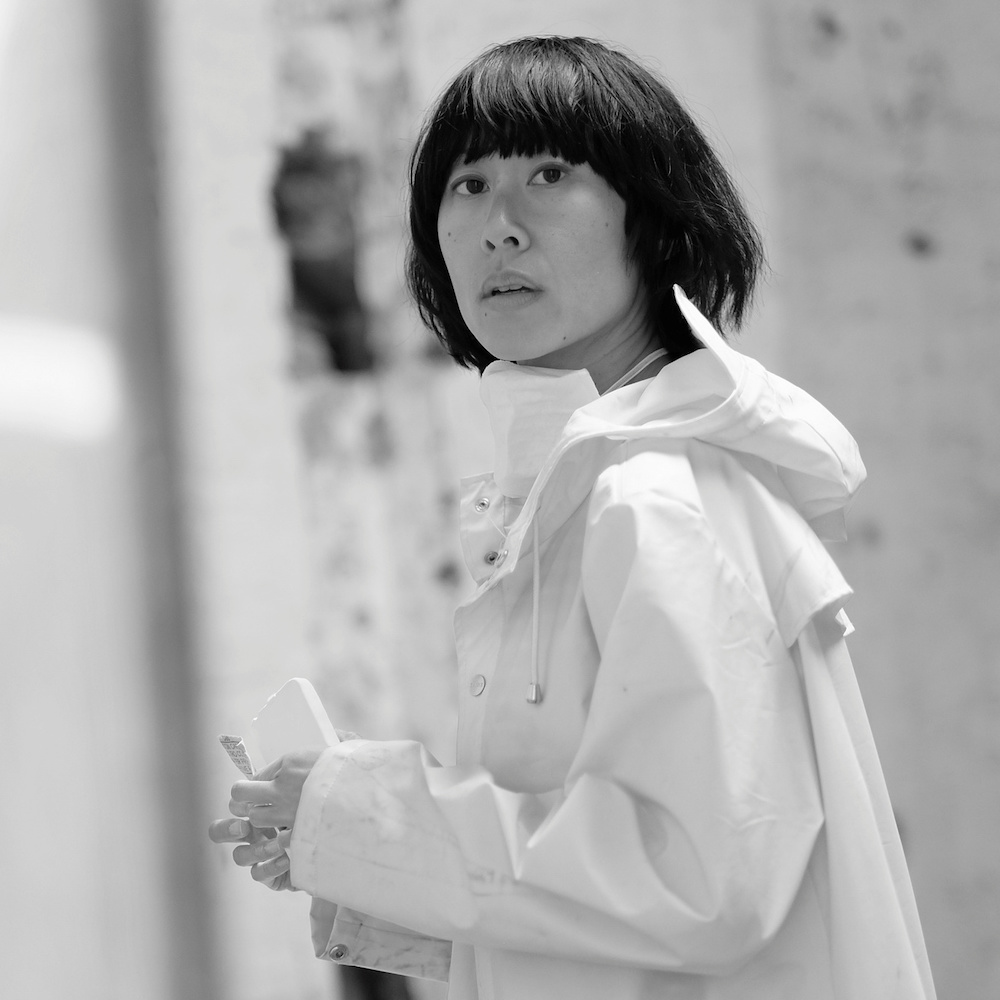 Eugenia Lim works across video, performance and installation to explore nationalism and stereotypes with a critical but humorous eye. Lim invents personas to explore alienation and belonging in a globalised world, activating public and private space. From working with sand, ceramics and shipping containers through to ‘othering architecture’ with her body and lens, Lim’s is the agile practice of a shapeshifter who adapts, expands and subverts notions of identity and race. Collaboration and community are important to Lim’s work. Lim co-founded Channels Festival, Melbourne, was the founding editor of Assemble Papers and co-founded temporal art collective Tape Projects (2007–13).

In 1980, in Melbourne’s City Square, Eugenia Lim’s parents posed for a portrait in front of Australian artist Ron Robertson-Swann’s Vault (1980). Not long after the Lims took this photo, the bright yellow, hard-edge abstract sculpture was relocated to Batman Park, after it was deemed ‘unsympathetic’ to the environment that Robertson-Swann and architecture firm Denton Corker Marshall were originally commissioned to respond to. The historical controversy surrounding Vault, nicknamed the ‘Yellow Peril’, points to Australia’s entrenched casual racism in an era when the nation was shifting gears to embrace multiculturalism at a policy level, as well as its cynicism to the value of public art on public coin. At Batman Park, Vault served as a shelter for Melburnians sleeping rough, until it was (again) relocated to its present location, the forecourt of the Australian Centre for Contemporary Art at Southbank. Tracing Vault’s shift from the centre of public contempt to the periphery of public consciousness, and back to a more visible position, Lim honours the sculpture in her practice as an emblem of her Asian-Australian experience.

Lim’s three-channel video installation The Australian Ugliness (2018) opens with the artist sitting in the boardroom of Denton Corker Marshall, as a quiet observer or client. Housed in a reinterpretation of modernist architect Robin Boyd’s Neptune’s Fishbowl (1970), the video revisits Boyd’s 1960 critique of the same name (1) through a series of choreographed actions. Enlisting the gold Mao-suited ‘Ambassador’ character of Lim’s works Yellow Peril (2015) and The People’s Currency (2017), the artist and her co-performers play tourist and tour guide, inviting viewers to join them as both outsiders and insiders in their own cities.

The actions are subtle interventions by fluid, diverse bodies in a ‘grand tour’ of over 30 socially, culturally and historically significant sites in Melbourne, Sydney, Canberra and regional locations. Among them, the Sydney Opera House, Australian Academy of Science’s Shine Dome, Calder Woodburn Rest Area, the Sirius building, Melbourne Recital Centre, Australian Islamic Centre and Melbourne Museum. Across these sites, Lim’s performers attempt to participate in, or activate, the buildings they inhabit, embodying the architecture through elaborate costumes that continue the lineage of the 1931 Beaux-Arts Architects Ball in New York City, where architects came dressed as buildings.

Boyd’s original critique proposed that Australian cities brimmed with ‘featurism’, which he saw as defining the built landscapes of the 1950s. A preoccupation with cream-and-green colour schemes, kitsch and ornate trimmings, for example, overcompensated for the economic-rationalist foundation of our infrastructure, homes, commercial, cultural and public spaces. This superficiality, Boyd argued, has historical roots in Australia’s colonial condition, as his aesthetic critique extended to one of national psyche: the ornamentations of featurism as distractions from historical truths, the fiction of terra nullius and the exclusionary White Australia Policy.

Many of Boyd’s observations were acutely prescient. But with time, his diatribe, tied to his (white, male) subjectivity and privilege, has dated. A stranger to postmodernism, Boyd didn’t live to see the richness and complexity of a culturally diverse 21st-century Australia. By contrast, Lim’s Australian Ugliness is resoundingly feminist, extending Boyd’s critique to focus more on the social and political dimensions of our architectures. It asks who is included and excluded from our cities and seeks the limits of architecture – the beauty, inequity and plurality of contemporary Australia.