On display 2021 at Art Gallery of New South Wales 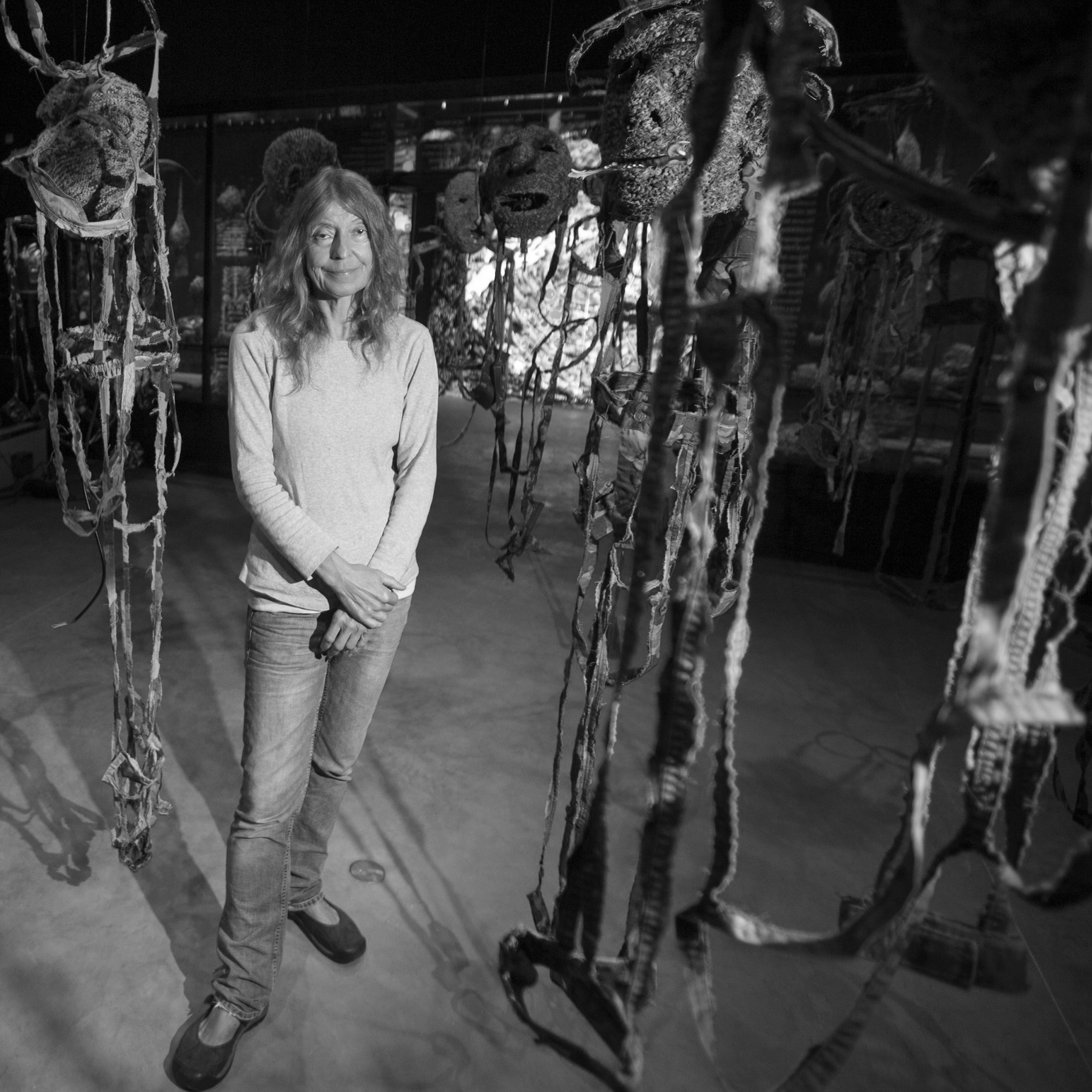 Best known for her extraordinary works that transform quotidian materials into vital organic forms with historical and contemporary relevance, Fiona Hall studied painting at the National Art School, Sydney and came to prominence as a photographer. Over the decades Hall extended her practice into a broad range of media including painting, sculpture, moving image and installation, often employing the tropes of museological display. Hall’s sculptures are characterised by their intricate construction and thematic resonance with systems of classification, environmentalism and globalisation, war and conflict. More recently Hall’s work has focused on a direct and visceral response to the urgency of climate change, sometimes borrowing ‘found objects’ from the living world.

Fiona Hall’s installation EXODUST (2021) is a response to the widespread environmental destruction wrought by the catastrophic 2019–20 Australian summer bushfires in which more than 17 million hectares of land across the country was burned, resulting in devastating loss of animal and plant life. (1)

Designed to inhabit the Art Gallery of New South Wales’ neoclassical entrance, the installation features ten charred trees which stand within the ten sculpture niches of the vestibule. Between these niches hang strings of charred books on which Hall has written the Latin names of species that have become extinct due to the fires. A singed baby’s cradle and adult-sized coffin sit on opposite sides of the vestibule directly below each oculus, with a ladder suspended above the cradle and a bell above the casket, implying ascent to the heavens. The smell of char lingers.

Beehives, used as pedestals for the casket and cradle, symbolise the disastrous effect of the fires on the loss of bees and hives and foraging habitats. As pollinators, bees play a vital role in the preservation of ecological balance and biodiversity in nature. Along with this environmental loss there has been a devastating impact on the honey industry.

Hall’s work contemplates the circularity of life and death. The cradle and coffin become vessels of remembrance dedicated to flora and fauna, and there are signs of regeneration – atop each of the ten charred trees sits a bird’s nest, indicating new life. A green sapling emerges from the blackened coffin.

The title, EXODUST, works as both an examination of the exodus of people and animals that fled or attempted to flee from the approaching fires, and the aftermath of remains and dust left behind once they were extinguished. The work’s placement in the gallery’s entrance also connects the cycle of life examined in the work with the cycle of visitors entering and exiting the gallery.

Hall’s fascination with the natural world and taxonomic systems, and her use of everyday items to make art, form a core component of her practice. In her 2019 commission for The Hall of Service at the Anzac Memorial in Sydney, Hall displayed the names of 1,701 towns and suburbs in New South Wales, alongside soil samples, from which First World War enlistees came. There are also eight hand-etched glass vases used as vessels of remembrance, each with an image of a different plant species associated with Australia’s war service, such as the Flanders poppy (Papaver rhoeas), inscribed with Latin names, the marker of authority. It is a space for visitors to pause and reflect on the enormity of service and sacrifice.

Designed for the National Gallery of Australia in Canberra, Hall’s Fern garden (1998) uses ancient tree ferns, pebbled pathways and memorialising benches to create another site of contemplation and regeneration.

Hall has been profoundly affected by the sheer number of plant and animal life lost to the bushfires. Scientists estimate over three billion species have been decimated, an unfathomably high number. (2) In EXODUST the massed writing of lost species’ names echoes the massed names in the Hall of Service. This installation, like her previous works, invites viewers to absorb the scale of loss, contemplate and remember. In an unprecedented year which began with devastating bushfires and included a global pandemic, Hall’s work speaks of the times. EXODUST acknowledges the horror while offering hope for the future.