In James Newitt's video work 'Fossil', we encounter two characters, two men, who have an intimacy to their relationship, but we're never sure about what the nature of their relationship is. We don't know if they're father and son, if they're lovers. Across the film, they navigate one another, and they learn to kind of move within the confined limits of a domestic interior in what looks like an industrial room. It's quite sparse, it's quite barren, but it's full of objects, and over the course of the film, those objects are named repeatedly, but also misnamed.

There's a schism between what's on screen and what we hear in the voice over. We come to realise over the course of the film that perhaps one of the characters has suffered some kind of brain damage. His cognitive faculties have collapsed, and he's learning language again. We realise that he's learning how to move in the world and how to move in relation to the other character.

But the film itself is an unreliable narrator. Its language also slips. It stutters, it repeats itself, it retraces its steps. Particular gestures are re-performed over and over again. This is a work about grasping at the edge of meaning when meaning collapses. It's about trying to reorient and re-find yourself. There's a kind of beautiful slow dance between the two characters as they push off and against each other, as they embrace, as they fight, there's a violence and a tenderness that recurs throughout the piece, and while it's disorienting to a viewer who might not be able to find the narrative in this narrative work, it's also an incredibly poignant portrait of destabilisation and disorientation as a state. 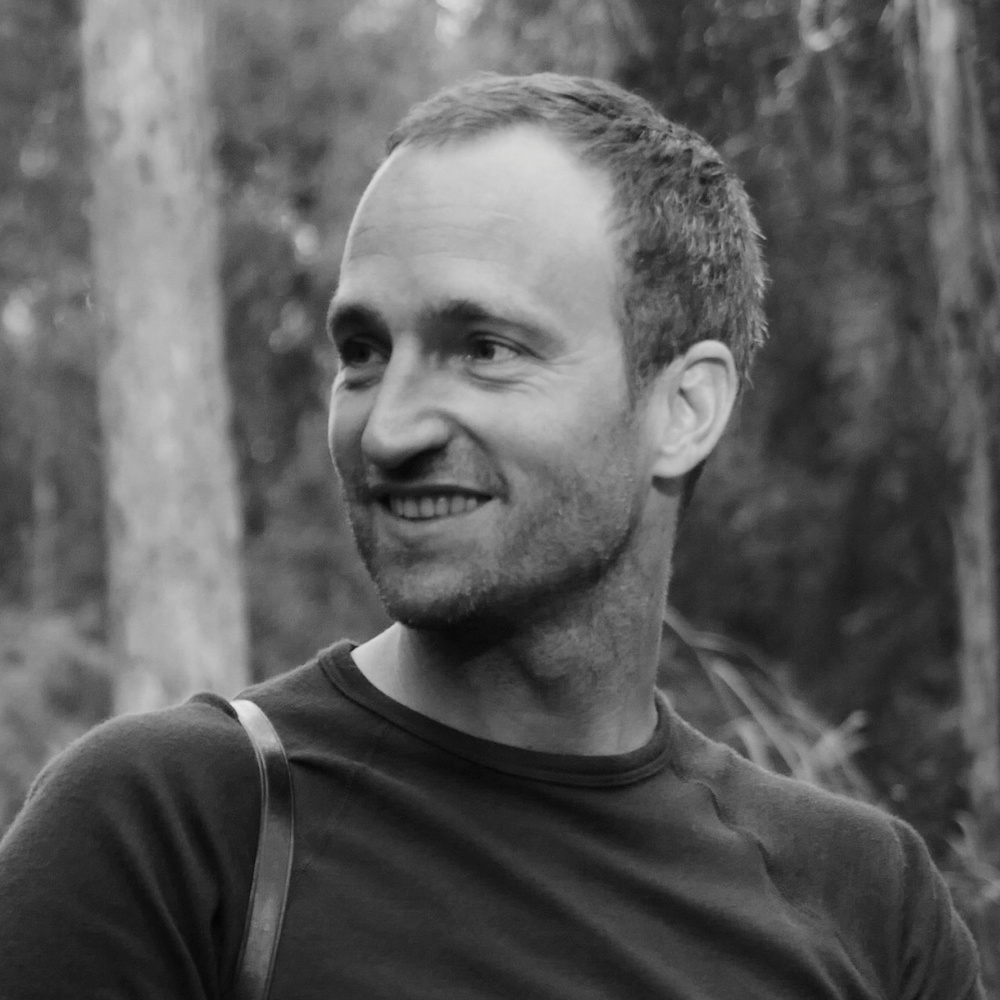 James Newitt has developed a body of work that consistently engages with specific social and cultural contexts through personal, observational and performative approaches, often embracing mutability and paradox. Recent work has increasingly embraced speculative forms of storytelling as an extension of the more documentary tendencies he continues to explore. In 2012 Newitt was awarded the prestigious Samstag Scholarship to participate in the Maumaus Independent Study Program in Lisbon.

James Newitt’s video work Fossil (2019) began life as a book written by the artist in late 2017. Before it implicated image and sound and rhythm and pace in the unravelling of its narrative, it was just text on a page. But that’s entirely appropriate, poetically prophetic even. For this work is about language: language as a navigational device and a life raft. The book’s storyline is full of p(l)ot holes. Scenes bleed into one another or else they suddenly stall; voices trail off or collide into entangled confusion. There’s very little to anchor the reader. We move between hospitals and dream states, recollected fragments and running real-time commentary. Amid the jolts and jump cuts, the novella follows the slow recovery and recuperation of a patient who has suffered a cerebral aneurysm. The narrator must reorient their relationship to this character whose synapses and neural networks have shattered and short-circuited. Attempts to communicate misfire.

In the film, this ruptured relationship – this grasping at the edge of intimacy – morphs into a physical struggle between two men, one older than the other. Aggressive but also affectionate, there is a co-dependency here but we’re never sure if (or how) the two are related. As with the book, form remains fragmentary, meaning remains elusive; a voiceover sidesteps its subject.

There is a glitch-logic at play in the way Newitt structures his film. Here, malfunction becomes a lyrical device. A glitch occurs through a technical fault. It’s software that stammers. I’m no neurosurgeon, but perhaps it’s possible to see the similarity between a malfunctioning machine and an injured brain. In both, operative functions stumble and stutter.

In Fossil (the book and the film) narrative itself stutters. Gestures, words and storylines recur like retraced steps. The patterns of return and repetition in Newitt’s work are also teased out through metaphoric resonance. Allusions to networks, digital storage, data distribution and recovery are embedded throughout. A brain / a hard drive; both are systems that receive and output information while preserving the opacity of their internal workings. We don’t need to know how information storage, whether human or digital, actually works to be able to interact with it. Both are technologically classified as black box systems. A black box, be it a brain or a hard drive, is an apparatus that operates according to the basic principles of translation. Information is input (recorded, retained) and then extracted. But how trustworthy is this act of translation? What happens when the black box blunders? When it buries its data? (1)

Fossil relies on translation: a book becomes a film; text becomes choreographic; language becomes gestural. As they change, these forms morph and mutate, disintegrate and rebuild themselves – much like a body in a hospital trying to rewire and recover. But what are we left with, after the dust has settled and trauma has been triaged? Newitt offers an oblique answer:

You close your eyes again, I can see that you’re getting agitated but I don’t care. You breathe to calm yourself and you whisper – a human tape recorder (2)

A human tape recorder; a body that holds its history in the face of malfunction. A body that can be translated (and transcoded), that glitches and stutters but continues to feel. Recording itself.

(1)  We need only think back to the conceit of the game Chinese whispers (while making note of the racially loaded semantics of its name) to know that translation is never exact.