Lisa is a Canberra-based artist and her work is called A stellate habit. Lisa is really predominantly interested in responding to her experiences of living through an earthquake in Chile in 2010. Lisa has this memory of standing outside her apartment complex, and she was near the pool and she saw the water shifting and moving. But interestingly, the earth was also oscillating and shifting similar to the water. Lisa normally looks towards the cosmos to answer some big philosophical questions about who we are, why are we here, what’s our relationship to everything else in the world; and this is her first work really since that earthquake experience where she’s actually shifted her gaze downwards and actually looked to the earth to try and answer some of these big questions.

We’re standing in a really dark room and the idea is that we have entered a cave and we’re looking at a landscape now that answers some of the questions around place, space, people, and time. And the work is anchored by these five video works. Lisa uses really simple analogue techniques to make these shapes of crystal and earth exist in various states of flux. Lisa tends to photograph rock or crystal or stone fruit objects and arranges them in her studio and films them while they move. Sometimes she manipulates them by simply blowing on them. Sometimes she uses a fan and for example, the centre video work, it’s actually a water bath and the image is flowing across water. It’s just been projected onto some corrugated roofing material to give it that beautiful texture.

On display 2021 at Art Gallery of New South Wales 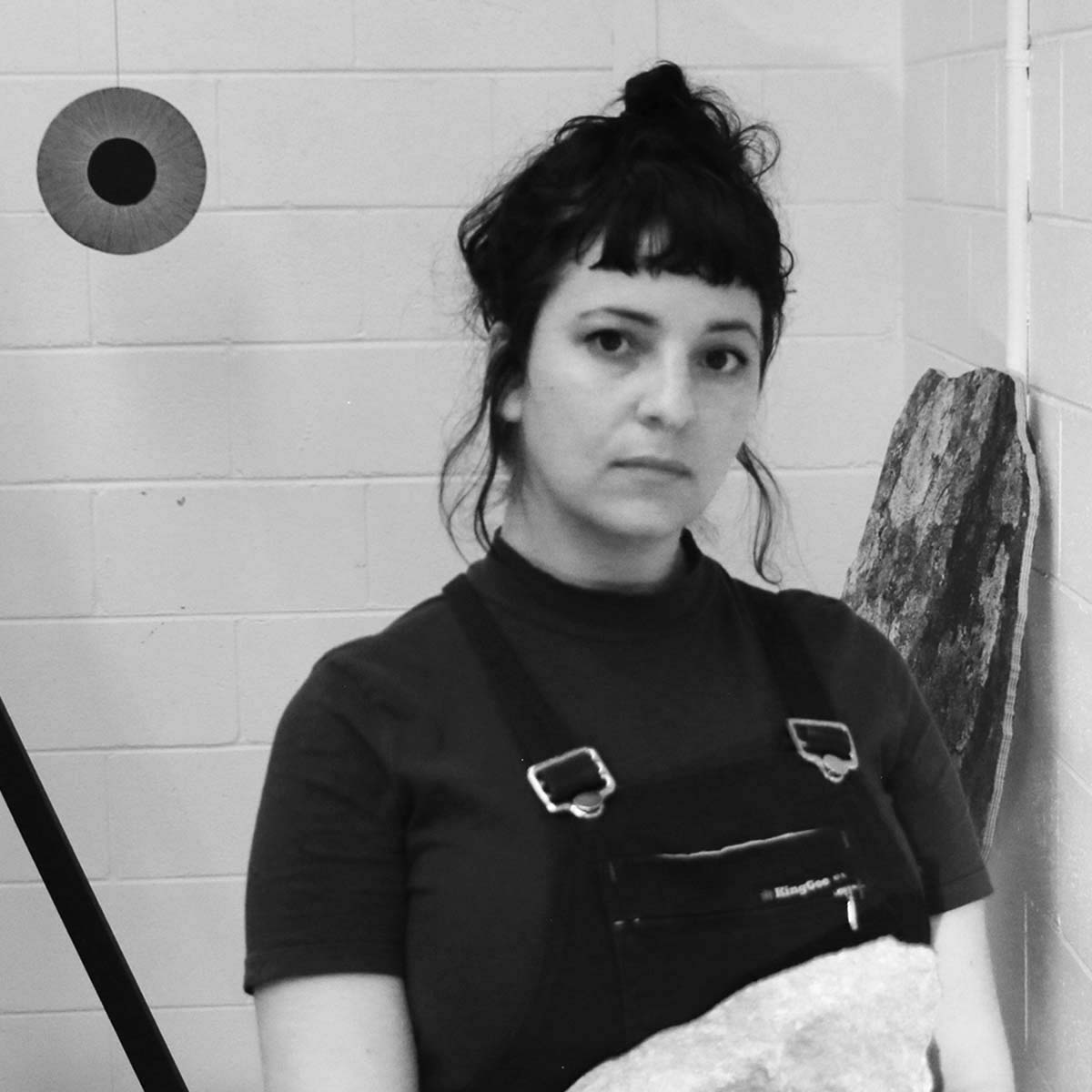 Lisa Sammut’s practice encompasses sculpture, light, video and installation. Her playful and poetic works explore and oscillate between the themes of perspective, beliefs and time. Using a wide range of media, Sammut arranges and transforms natural and cultural materials in an effort to reveal symbolic exchanges, or the magical relationships between ordinary things. Her work focuses on the nonhuman and otherworldly, where she aims to create spaces and experiences that facilitate collective self-reflection. It is in those spaces that she brings into dialogue the human condition and cosmic forces, as they exist around us in a comprehensible relationship of time and energy.

In her latest work, A stellate habit (2021), Lisa Sammut invites us to consider how ambiguous and uncanny occurrences in nature can alter our perception and prompt a profound change in our thinking or viewpoint. As the artist explains: ‘I am interested [in] using earthly forms and forces to find new philosophical perspectives.’ (1)

A stellate habit is inspired by Sammut’s travel to distant and ethereal environments characterised by extraordinary and unpredictable tectonic and seismic activity – Whakaari/White Island in Aotearoa/New Zealand, Iceland’s east coast lava fields, Mount Etna and Mount Stromboli in Italy – and humankind’s endeavour to observe and describe such geological phenomena in visual and literary ‘cultural sources’, from deep space photography, celestial architecture and astronomical illustrations to medieval drawings, natural history books and displays. It is an experiential, multifaceted installation that posits: nothing is what it seems in the world around us.

Enticed through into a quiet, cavernous space, one encounters A stellate habit, a panoply of static and kinetic objects, moving images and photo media that exhibits signs of similitude and/or geological metamorphosis. Here, Sammut presents a panoramic ensemble of panels, painted and printed with photographs of trees that have been digitally spliced together so that the bark patterning bears resemblance to splintered fault lines found in outcrops. Projected within apertures in five of these forms are videos or, as Sammut calls them, ‘digital earthworks’. These were filmed in and outside her studio employing hand-activated, analogue techniques and items on hand, such as organic materials and collaged images sourced from her personal collection of photographs or the trove of astral and geological reference material dispersed throughout her studio.

These digital earthworks are synchronised and predicated on various terrestrial realms (sky, earth, water, biological), yet are animated and orchestrated so that the motifs behave unexpectedly or appear as if they are in an alchemical state of mutation. In one piece a stone glides fluidly across an undulating surface, appearing as though solid matter is de-materialising into a liquid. Likening herself to a choreographer, Sammut equates ‘motion with emotion’, and seeks to communicate this idea through the gestural digital earthworks and spinning discs suspended from the ceiling that cast moving, orb-like shadows and reflections across the walls and floors. This theatrical shadow-play also imaginatively alludes to the transit and orbit of planets and stars in the galaxy.

The title of the work draws on Sammut’s research into ‘crystal habits’, the classification of a mineral based on the description of its development and outward appearance, which typically references other terrestrial or celestial realms. The starburst pattern of a flat pyrite crystal, formed by immense pressure over an extended period, is the reference point for A stellate habit. To this end, the artist intends to draw our attention to interrelated and fluid categories and dynamics at play in nature. Such occurrences serve as a poetic metaphor for perceiving and interpreting the real world through indistinctness and ambiguity. This concept first struck Sammut a few years ago while she and her artist friends discussed how an image in a painting could be rendered more realistically by employing ‘blurred lines’ and ‘soft edges’ (sfumato). Indeed, Sammut appreciates that what we see and what we know are rarely crystal clear.