‘Flirt’ is an installation by Nicholas Folland that seduces and beguiles viewers as they enter the room. They encounter a mass of mountainous forms that are hanging almost impossibly mid air, bisecting the space of the gallery. They look like islands, they look like mountain ranges, but as soon as you get up close, you realise that the very things that are occupying the space of the gallery that has such a commanding presence are made out of domestic crystal and glassware.

These are incredibly fragile and familiar objects to us. The landscape that we're looking at is based on a myriad and slightly distorted map of Lord Howe Island. Nicholas has recreated Lord Howe Island, but he's changed something. He's risen the sea levels so that one island becomes an archipelago. This is a map of what Lord Howe Island will look like in the future when sea levels have risen, and climate change takes hold.

Lord Howe Island is a UNESCO World Heritage site, and human intervention is incredibly controlled, but that kind of landscape is not impervious to our actions. The effects of climate change that we felt there too, Nicholas makes a work that is beautiful, that is incredibly captivating as all good instances of the romantic sublime are, but it also strikes fear, and strikes and uncertainty.

We look at this landscape and we're seduced, but we're also reminded of how fragile and vulnerable the landscape really is. We're reminded that this glass sparkles, but that it also can shatter. 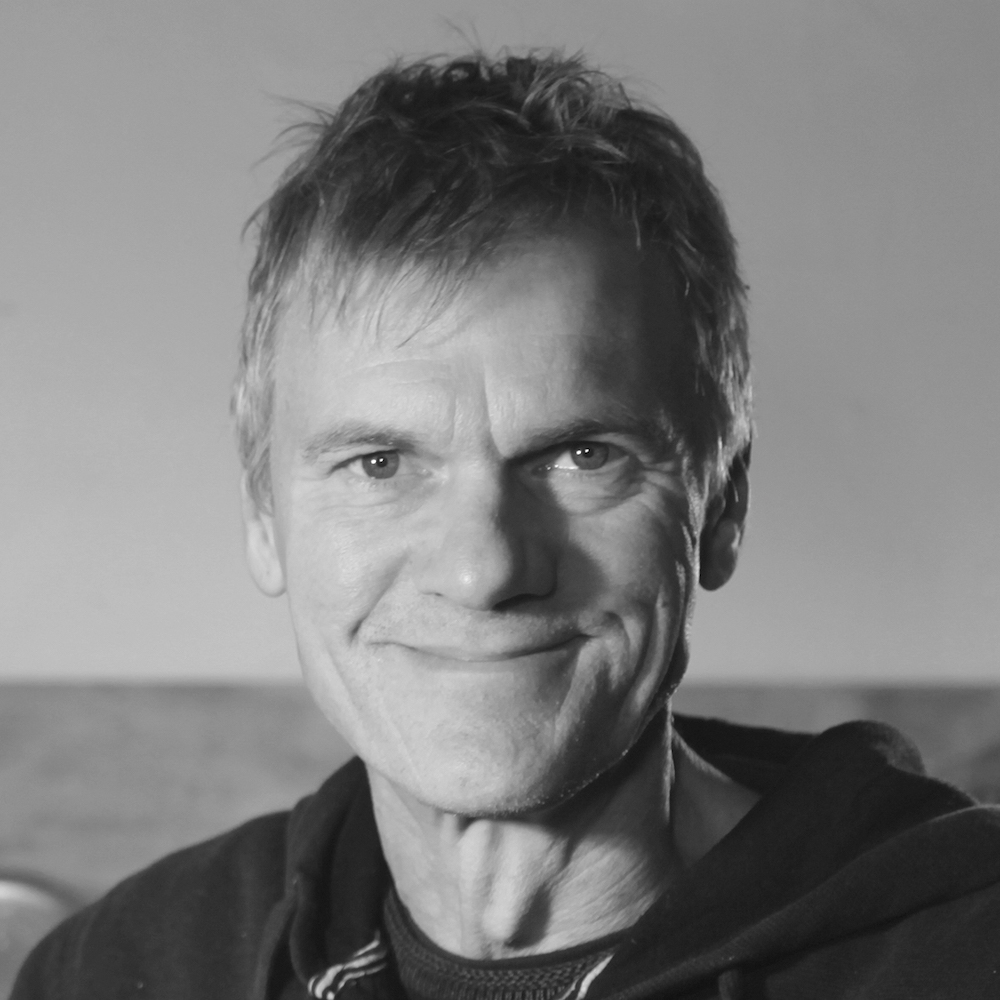 The common thread within Nicholas Folland’s work, apart from its employment of readymade household items, is a focus on projecting beyond the boundaries and banality of everyday existence. The familiar and nostalgic materials he uses trigger a desire for another place in another time. His work is not overtly narrative or specific in the way that it communicates. Through subtle intervention and uncanny manipulation, preconceived notions are collapsed, prompting the viewer to reconsider their relationship to the world, both immediate and distant.

Spitting light in a blinding white void, Nicholas Folland’s crystalline landscape is both commanding and hard to grasp. We recognise mountain peaks, icebergs or thunderheads, but like a mirage, appearance belies the sculpture’s true matter. It’s a discovery that unfolds on approach, from the awe-inspiring vista of the majestic sublime to intimate recognition of familiar objects, and a sudden, jolting return to domestic reality.

Hundreds of pieces of cut glass and crystalware are clustered and suspended, tremulously responding to the space around them, reflecting and absorbing light. The heft of materiality contradicts the ethereal quality of the whole, at once solid and vapour-like. Here lies a tension between atmosphere – the subtle qualities of light and movement – and substantive weight, both physical and implied.

Folland has long worked with ‘autonomous objects’ – reclaimed items, disconnected from their intent of purpose and entwined instead in abstract new roles. Previous works have incorporated trophies, medals, taxidermy and other objects of status or markers of achievement, ambition and domination. Crystal features recurrently, along with ice, maps, ships and motifs of endeavour and discovery.

Flirt (2019) is Folland’s third iteration of this installation. At the Anne & Gordon Samstag Museum of Art in Adelaide, Floe (2009) took shape as two interconnected glacial islands, rising from the dark, glowing blue above their own reflection. At the Art Gallery of South Australia the form Untitled (Jump-up) (2012), representing sites of speculation, was installed among the gilt frames of a salon-hung colonial gallery, drawing immediate and stark connections with status, settlement and empire.

Here now, the work occupies its own, immersive space, with new power to envelop and disconcert. Flirt appears to evoke an incandescent dream state, or a higher existence – unspoiled peaks and valleys of an ethereal, unearthly plane. It conjures the lost city of Atlantis or the Norse Valhalla, mysterious places of promise that do not eventuate; states of precarity, ephemerality and unfulfilment.

The glass and crystal pieces have been sourced second-hand and much has never been used. Caught in a generational shift, these objects now wash into op shops where the artist trawls and gathers. Despite having lost relevance and value, glass and crystalware elicit deeply personal responses from the viewer as familiar markers of material wealth and higher aspiration once de rigueur in middle- and upper-class households. The milk jugs, decanters, serving platters, candle holders and goblets once sat in sideboards, dusted from time to time, and kept over the decades for guests of particular note, for times of pleasure and prestige. Inevitably such eminent occasions rarely eventuated, until such point as the pieces were out of fashion and visitors no longer came.

Each of these discarded goods, each castaway treasure, is a symbol of (hopeful) status born not of action but of acquisition by an owner in an era of social regimentation. En masse, their individual fragility gives way to dominance, the domestic made majestic, as the objects reach a beatific state they were never perhaps afforded in their first incarnation. A collection of unrealised visions, unmovable as mountains, free now to catch the light, and reflect on what never was.