Sometimes the water and the sky are inverted. In some scenes we find a mirror image or a reflection. We find moments that tip out of focus. We're not sure how to locate ourselves as viewers in relation to the scene. The landscapes that Peta layers on top of one another, on top of the landscapes that wrap around the walls and appear on top of the photographic murals in framed photographs are all taken at the same site. She returned to this site again and again at different times of the day and re-photographed it.

The disorientation is part of the work. The landscape that Peta is photographing is an unmarked Indigenous massacre site on Dja Dja Wurrung country. This is a massacre site that is actually submerged underwater. It's impossible to see, impossible to access, impossible to understand or exorcise. This is a site of trauma and Peta's work, in scattering and multiplying scenes of one site, is all about the impossibility of representation, the impossibility of being able to depict and document and pay tribute to what the history of that site actually is.

On one of the walls we see the line between the river and the bank of the river become a scar that bisects and splits all of the images. And she talks about that line as a scar, as violent incursion in the landscape. 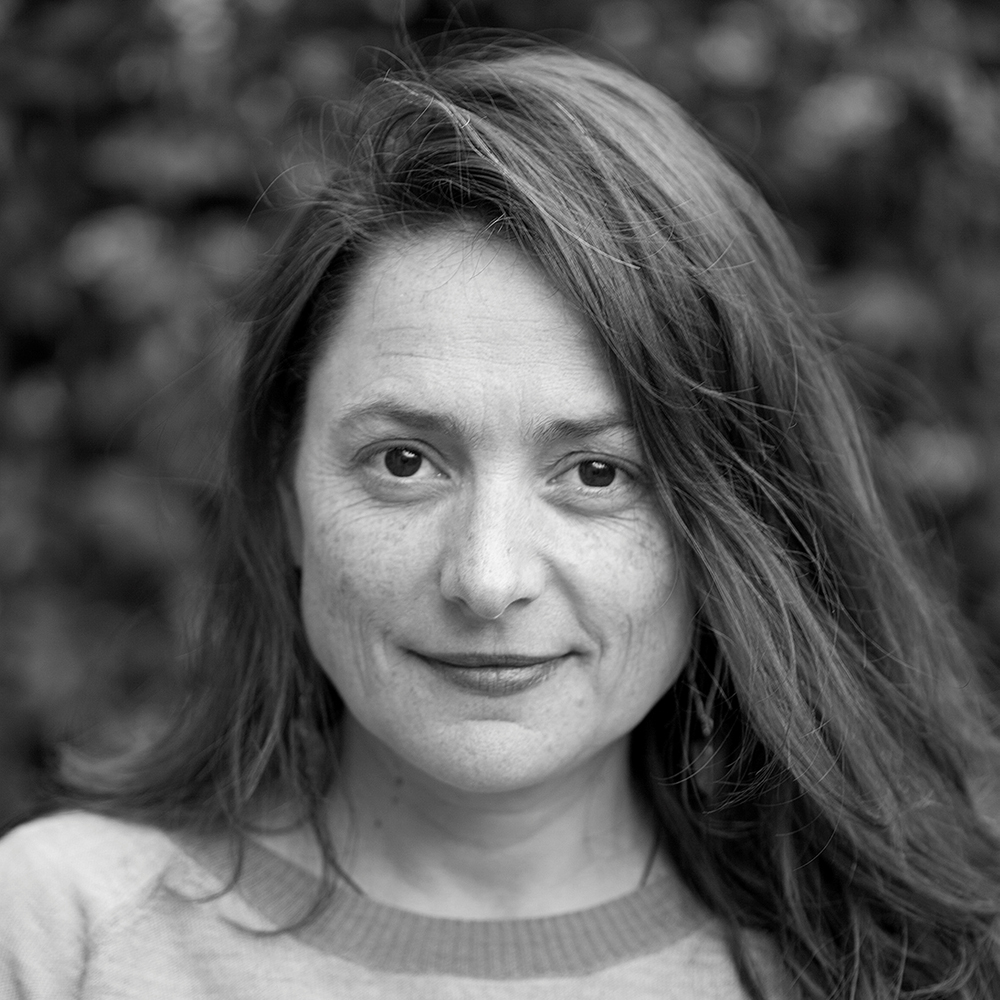 Peta Clancy is a descendant of the Bangerang people from south-eastern Australia. Her photographs explore notions of the real and the perceived, and seek to challenge the viewer to focus on what might never have been noticed. She was awarded the 2018 Fostering Koorie Art and Culture grant from Koorie Heritage Trust, Melbourne, to research massacre sites on Dja Dja Wurrung and Bangerang Country. Her current work investigates these hidden histories in the landscape. Clancy lectures at Monash Art, Design & Architecture, Monash University, Melbourne. Her collaborative project with Helen Pynor, The Body is a Big Place (2011), explored organ transplantation and life–death thresholds.

Bangerang artist Peta Clancy’s work Undercurrent (2018–19) contributes to emerging public discourse about histories of frontier violence in Australia. Where Australian art has often been enlisted to construct a national identity and present an idealistic view of peaceful settlement, Clancy and others allow the survivors of frontier wars, and the Country itself, to speak back.

Undercurrent is a series of photographic works documenting an underwater massacre site on Dja Dja Wurrung Country. After the massacre, the site was inundated when a weir on the Loddon River was constructed. The act of flooding the massacre site is a forceful erasure of the violence that occurred there. (1) Clancy’s work confronts this erasure and emerges out of sustained research and consultation with Dja Dja Wurrung community members.

Clancy’s photographs, layered on photomurals that wrap around the gallery walls, appear at first to be conventional landscape images. We soon realise they are factitious and unsettling; the edges that separate each photograph an abrupt end point. The images spliced together present layers of exposure, colour and focus. To make the works, Clancy photographed the site, printed the images, then returned to the very same spot with the prints and a custom frame. The printed photographs were taped to the frame and physically cut into to partially reveal the scene behind, before both the print and the site were photographed again. These are collages created in situ that collide two timeframes into a single image.

The divergent qualities of the photographs belie the fact that each work is composed of distinct shots taken in the same place and from the same vantage point, creating a doubled image of the one scene within the one frame. The repetition of the images works to illuminate what Clancy describes as two worlds, two histories existing in the same site. The result is a series of attempts to make sense of multiple, irreconcilable realities existing in the same place.

I think about the growing movement to document massacres of First Nations people in Australia. Institutions gather information about murder like it is data. The events, the lead-up, the perpetrators, the locations, coordinates, numbers of dead. Dates, times. Methods. Survivors. Artists and cultural activists document differently. Melissa Lucashenko wrote of the experience of Aboriginal people looking at the land:

It is like having double vision. We see the world that white people see, but we are also seeing a mythic landscape at the same time and a historic landscape. (2)

Clancy’s work reflects this reality; it is a process of visual de-familiarisation, a splitting of vision. It presents the viewer with both a powerful form of truth-telling and a trauma response, a disassociation. Here, art becomes a means of memorial, but the memorial itself is not static. It is neither monument nor statue. It is not still. Undercurrent creates new artistic traditions of speaking about colonial horror; it makes other ways of seeing Country and the stories it holds possible.

(1)  The flooding of massacre sites is not isolated to this place, I am told, but has occurred at other known sites across the south-east and Tasmania.