Sam Cranstoun's Utopia is a large public work situated at the external entrance of The National at Carriageworks. It's a work that reads out the letters that form the word utopia. It's a reference to Ken Done's iconic sign that spelt out the word Australia at the entrance to World Expo in 1988.

With Sam's re-staging of Ken Done's Australia sign, it's kind of a reflection on, I guess, where we are as a nation 30-something years after World Expo. Sam was particularly interested in the way that an Expo is a utopian place that speaks to an idea of "nation". But while it might be utopian, it's interesting to think about what it actually left out of the narrative, how it might have left out issues around multiculturalism, the migrant experience, and very importantly, the indigenous experience.

It's an optimistic and sunny work, but it also by extension signals the dystopian flip side, which runs through the course of The National at Carriageworks. 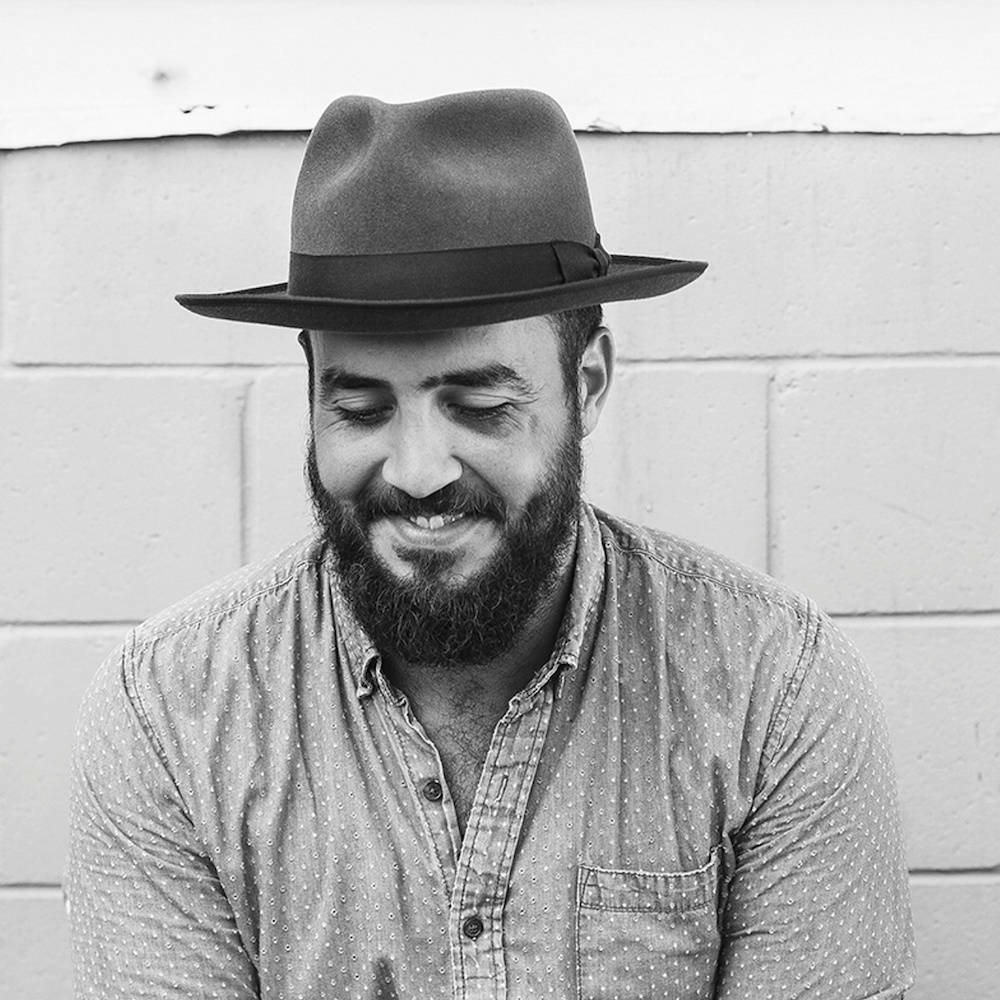 Sam Cranstoun’s multidisciplinary practice combines various forms of research with a wide array of media to create work that investigates different systems of representation. His work regularly focuses on historical figures and events as a way of exploring how history is shaped, how it functions and how we as spectators rely on different visual systems to understand the past. These investigations address the importance of the role assumed by the artist in creating work, as well as the importance of popular culture, mass media, art, architecture and design in forming a collective understanding of our environment and surroundings.

Only Australia has made no use of his genius ... I would like to think that if Dr Doxiadis were to come as a migrant now ... he would not be rejected. But I cannot be sure. (1)

In 1969, Australian Prime Minister John Gorton gave a public address wherein he lamented the migrant experience of Dr Constantinos Doxiadis (1913–75), an internationally recognised scholar, civil servant, engineer, architect and town planner. Until recently, the story of Doxiadis’ struggle to establish his family in Brisbane from postwar Athens has been relatively unknown in Australia.

Doxiadis served in the Greek Resistance during World War II, going on to become the Minister of Reconstruction in the Greek Government. In 1951 he relocated from Athens to Brisbane; however, on arrival in Australia he was informed that his academic qualifications would not be recognised. After a short-lived construction business folded, he worked as a tomato farmer. By 1953, Doxiadis was disillusioned with life in the Lucky Country and returned to Greece, where once again his career flourished. Fascinated by the role of town planning as a social and philosophical instrument, he developed a social science that studied the built environment known as Ekistics, and throughout the 1960s and early 70s worked extensively in the US, Europe and the greater Middle East, where he was responsible for designing the master plan for Islamabad, the capital city of Pakistan.

Through the lens of Doxiadis’ story, Sam Cranstoun interrogates the social contexts that have become the architecture of Australia’s history. At Carriageworks he presents his large-scale text sculpture Utopia (2019) at the public entrance to The National 2019. The visual reference is a direct nod to another Australian artist, Ken Done, whose monumental AUSTRALIA sign marked the entrance to Brisbane’s World Expo 88. Done’s sunny depictions of Sydney Harbour and the Great Barrier Reef became synonymous with the fantasy of Australia as a modern paradise. In the 1980s his tea towels, coasters, aprons, swimwear, scarves, cushions and sloppy joes were the ‘Australiana’ vernacular of boom-time, and his AUSTRALIA sign – complete with appropriation of Aboriginal dot-painting motifs – was government-sanctioned optimism writ large. The 1988 national celebration of the bicentenary of European settlement was a much-divided affair. For the Aboriginal people of Australia the slogan ‘Celebration of a Nation’ promoted a blunt disregard for 200 years of colonial rule. The displacement, massacres, disease and forced removal of Aboriginal children from their families that accompanied colonialism were nothing short of a dystopian reality.

Today, it is perhaps no more certain how Doxiadis would have established himself as a migrant in 2018 Australia. For the last decade the plight of refugees and asylum seekers locked in detention camps and offshore processing centres has been central to our national debate. Against the backdrop of wars in Iraq and Afghanistan, global terrorism, the Global Financial Crisis, escalating cost of living debates and denial of climate change science, the much-revered Australian ethos of a ‘fair go’ has been superseded by slogans including ‘stop the boats’ and ‘ban the burqa’. Never has a more divisive style of public discourse dominated our country. Cranstoun’s Utopia seeks to expose both the story of Doxiadis and the false veneer of Australian life presented during the bicentenary. Cranstoun reminds us to question the way our history defines us and invites us to play a part in shaping our future.