Taloi Havini's three channel video projection Habitat, is filmed in Bougainville where Taloi was born and grew up before moving to Australia, and in it Taloi looks at the landscape of Bougainville and a particular region, where the Panguna copper mine had operated, and from below where the copper mine was.

Panguna opened in 1972, and the Bougainville Copper Limited, a subsidiary of the Australian company Conzinc Riotinto. Local landowners had a tiny share of the profits, the majority of which went through Papua New Guinea and their government instead, as well as the mining company. The mine employed local people but it also destroyed the landscape, it caused great damage and continues to have an effect on the landscape now.

Within this work, Taloi has filmed at a distance, looking down having these very large wide views of the landscape, as well as up close, focusing on people gold mining, harvesting food, living within the landscape. It's a very powerful piece, because the lush beauty, which unfolds within it, you have this extraordinary sort of tropical landscapes, and with this blue winding through the rivers and down cliff fronts et cetera, and that blue, which is such a focus within the green of the landscape, is actually the copper residue leaching into the land, and damaging it, so again, a work, which has beauty in it, but destruction as well.

The Panguna copper mine, and the situation in Bougainville actually led to the Bougainville Civil War in the late 1980's, which closed the mine, so it actually generated a very strong political response from the indigenous inhabitants, so what this video work does is, just give a sense of that history, and experience of the landscape now, and how people live in it, but how that landscape has been compromised through removing these mineral sources. 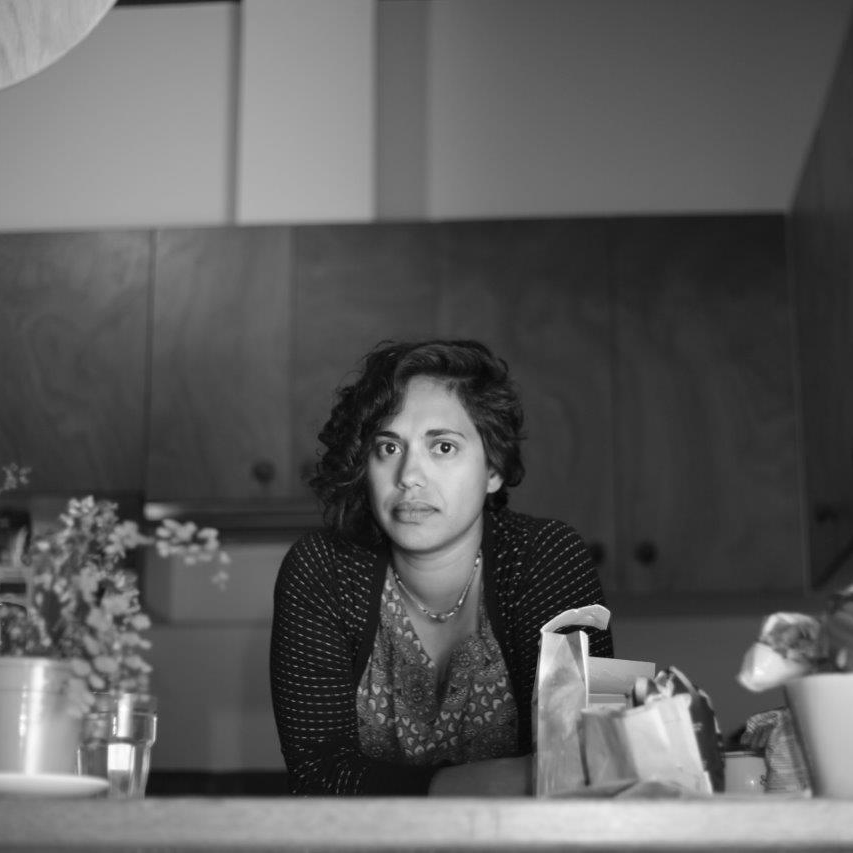 Taloi Havini descends from the Nakas clan of the Hakö (Haku) people of north-eastern Buka in the Autonomous Region of Bougainville, Papua New Guinea. She migrated to Australia with her family in 1990. Havini’s work is influenced by her studies in ceramics, photomedia, and art and politics. She utilises a wide variety of media to explore issues about keeping inherited knowledge systems and cultural distinctiveness alive across time and place.

It is important to approach Taloi Havini’s Habitat (2017) with the image of her hands in the earth, patiently listening to an Elder and feeling her way towards the creation of a new form. This feminine connection to land evokes the matrilineal nature of Bougainville society and emerges from the time Havini spent with Buka master potter Tamana Sarenga.

For Habitat Havini has chosen to work with video, a medium of scopic control, as well as landscape, a genre deeply mired in a colonising romantic sublime. Habitat proposes a profoundly different way of seeing and being in the landscape of the artist’s native Bougainville.

The video begins with a raft moving through a narrow passage in the swamp areas that house the lower tailings (mine waste sites) of the now-abandoned Panguna mine. In the absence of clear perspective, a sense of dislocation is countered by the tactility of the surrounding vegetation and the tangible reality of the raft. Leaves and a bush knife speak of the garden and routine, hinting at a deep familiarity with the terrain. The mesmerising effect of moving slowly through the undergrowth creates a sense of comforting intimacy.

Suddenly we are in the air and the landscape is entirely transformed. The tributary becomes a line among others stretching to the ocean. We are able to map the journey of the raft. With that comes a sense of control but also of distance. The higher we are, the less human our view.

Aerial perspective has played an important role in the modern history of Bougainville and the commodification of its mineral resources. From the 1960s, foreign planes flew over the island, surveying the wealth imagined in its rich gold and copper deposits. The Panguna mine began production under Bougainville Copper Limited in 1972. Local landowners received only 5% of the 1.25% of the mine’s profits allocated to the Bougainville Interim Provincial Government but bore many of the mine’s costs. (1) This included the relocation of villages, the influx of thousands of itinerant workers, and also devastating environmental destruction as tailings were disposed of in surrounding waterways. In 1989 the mine ceased operation, as a decade-long conflict erupted between angry locals and the Papua New Guinean Government reliant on its royalties.

This is the fourth body of work Havini has created that engages with the Panguna mine. Moving from the pit through to the middle and lower tailings, she speaks of the crippling effects of the conflict and mine on land and people. (2) From the air we see the coastline physically transformed. Havini re-creates childhood memories of the sinister whirr of chopper blades buzzing overhead, and the disorientating bouncing of sound reinforces the sense of an invasive act.

Habitat was created as talks of reopening the mine resurface amid planning for the independence referendum, agreed by the Papua New Guinean Government as part of the 2001 Bougainville Peace Agreement to take place before 2020. Asserting the ongoing strength of matrilineal connections to land, Havini’s Habitat returns us to the earth, affirming that for the people of Bougainville life in their landscape remains an open question.

(1) Kibuta Ongwamuhana and Anthony Regan, ‘Ownership of minerals and petroleum in Papua New Guinea: the genesis and nature of the legal controversy’, Queensland University of Technology Law Journal, vol.7, 1991, p.114.