Thom Roberts' work is called ‘Thom Roberts Counts Trains’, comprises eight portraits of his friends alongside their corresponding train portraits. Tom Roberts is an artist who works with Studio A, an organisation in North Sydney that creates pathways for artists with intellectual disabilities.

Thom Roberts is an artist who's obsessed with trains. He sees trains as people and people as trains. This particular series of works makes that connection quite explicit. It's actually installed on the structure, the signage structure at the entrance to Carriageworks on Wilson Street and they are very vivid, bright, colourful paintings because Thom Roberts is obsessed with trains, Carriageworks is his favourite place in the world. He sees it as a bedroom for trains. So it's really great for the National to be able to make this very explicit connection to the site. 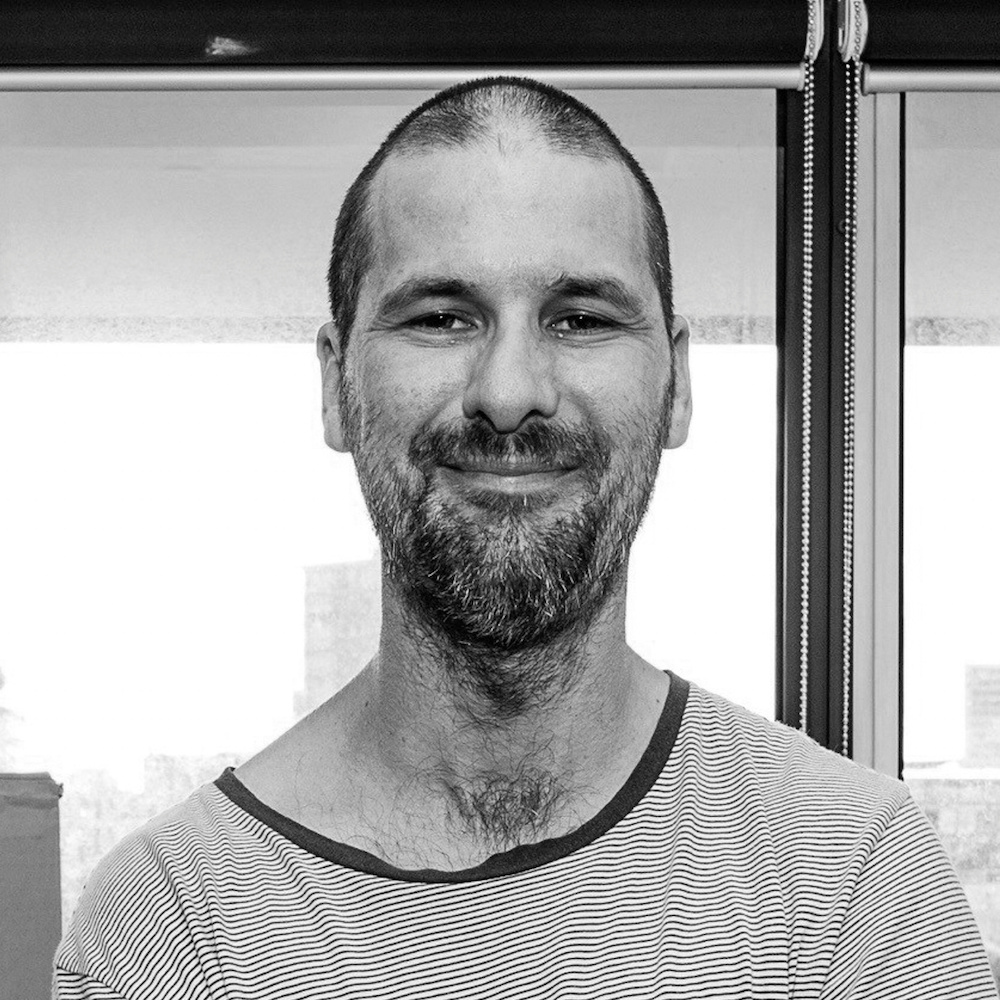 Thom Roberts has a deep personal fascination with trains. He sees them as having their own personalities – they are his friends. More recently his paintings of ‘train faces’ depict the individual characteristics of Sydney’s CityRail models: the Tangara appears to grin at you, while the chic Millennium model peers coolly through its windshield. Roberts also works in performance, video animation, installation and design. He works closely with Studio A, Sydney, to partner with organisations such as Erth Visual & Physical theatre, Sydney, One Another design and Mud Australia, as well as working collaboratively with artist Harriet Body as Thom and Angelmouse.

The train is perhaps the quintessential cultural signifier of capitalist modernity. This is not simply because, as a mode of mass-transportation, it is the literal and representational embodiment of modernist notions of human progress; the phenomenological experience of being a passenger embodies a paradigmatic shift in how we have come to view the world. Historically coincident with the advent of cinema, rail transportation offers us ‘the prototypical experience of looking at a framed, moving image’. (1)

From this perspective, it is possible to consider Thom Roberts’ work not only as a creative expression of his obsessive interest in trains, but also as suggestive of the way rail transport enables a cinematic way of seeing. This is apparent in Roberts’ practice of producing multiple images that form a type of sequence – a reminder perhaps of the way the illusion of movement in film is generated by a series of still images. It is also perceptible in his fascination with photocopying found images, sometimes resulting in a blurring effect reminiscent of the experience of looking out the window of a moving train.

But while it is possible to make these larger claims about Roberts’ practice, it’s undeniable that the work is, first and foremost, an extension of his deep and abiding personal connection to this specific form of technology:

By this account, Roberts would seem to fit the conventional profile of a trainspotter. But while he may have the esoteric preoccupations, obsessive tendencies and quirky personality traits we associate with trainspotters, there is nothing tedious or banal about Roberts or his art. Spend some time with him or give attention to his work and his fascinations quickly become yours.

Roberts’ ‘portraits’ of ‘train people’ are a captivating expression of his personal taxonomy of the world, where people are categorised in terms of types of trains and in which trains take on human qualities. He’s particularly interested in the contrast between the facial expressions of commuters and the expressions he attributes to the ‘face’ of a train. While acknowledging a spectrum of human emotion on the faces of the travellers he observes – ‘happy, sad, grumpy, thinking, surprised, frustrated, worried’ – Roberts points to the fact that people generally ‘look grumpy when they get off’. By contrast, trains ‘don’t look grumpy, they look happy’.

It’s in this observation that we can understand Roberts’ train-people portraits as reminders of the way in which we become mechanistic in our passive response to the tedium of life, drained of the type of singular passion that he has for his beloved trains.

It is especially meaningful for Roberts to exhibit his artwork on the site of an old rail yard. Carriageworks is not merely an exhibition space for this artist; it’s his rightful spiritual home. As he puts it: ‘I get to go to Carriageworks and see all the trains and count them ... Also, people on the trains will see Thom Roberts’ artwork display ... Thank you!’