Tony Albert's work is called House of Discards. What we see is a gigantic steel structure that echoes a house of playing cards. The work references Tony's obsessive collecting of kitsch, or you could say racist kitsch, 1950s souvenir culture that depicted Aboriginals in fairly stereotypical and negative light. And Tony's been making works that reference these relics for many years. This particular work though signals a departure for Tony in so far that it is redacting all representational elements of those cards and instead of actually depicting any figures, any scenes, it's strictly and reductively in black and white. For Tony, that's a capital B for Black and a capital W for White, which is kind of a very direct and evocative reference to race relations in Australia. 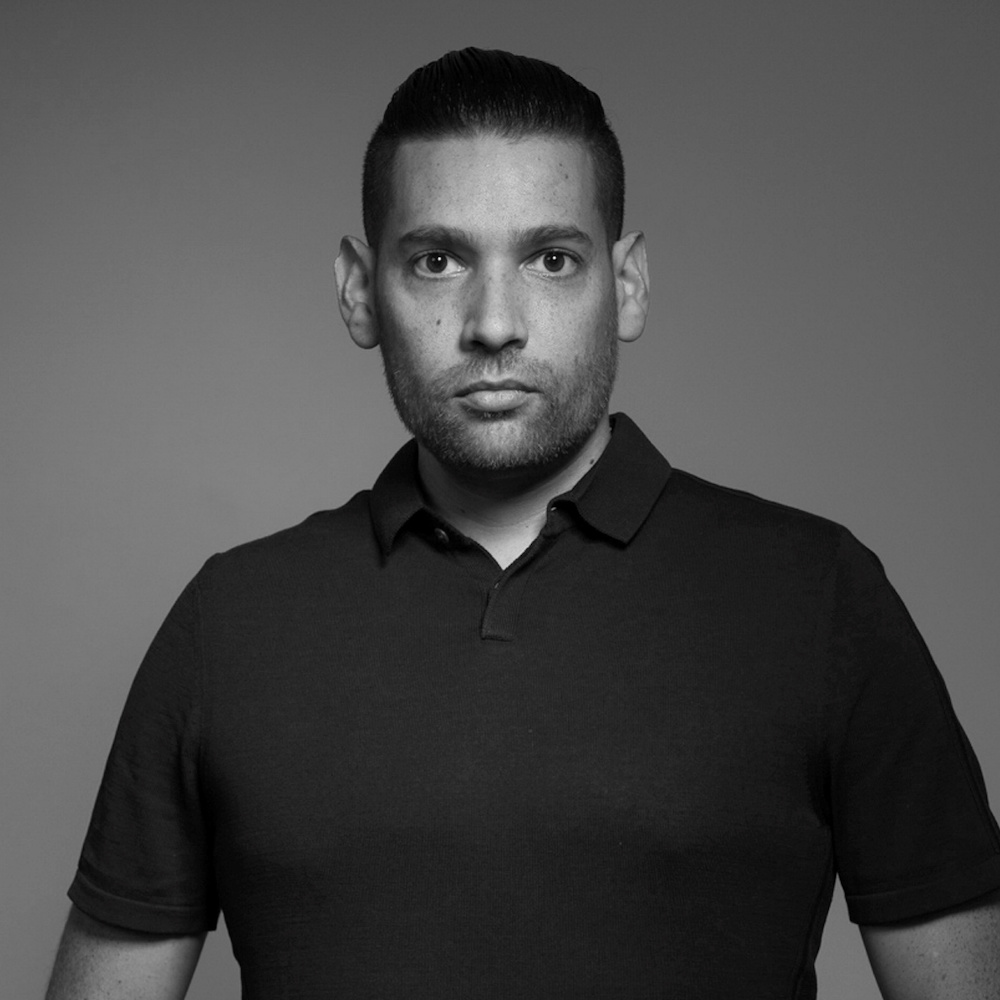 Tony Albert’s art practice interrogates contemporary legacies of colonialism in a way that prompts the audience to contemplate elemental aspects of the human condition. Mining imagery and source material from across the globe and drawing on personal and collective histories, Albert questions how we understand, imagine and construct difference. Certain political themes and visual motifs resurface across his oeuvre, including thematic representations of the ‘outsider’ and Aboriginalia (a term the artist coined to describe kitschy objects that feature naïve portrayals of Aboriginality). Albert’s technique and imagery is distinctly contemporary, displacing traditional Australian Aboriginal aesthetics with a kind of urban conceptuality.

Tony Albert has drawn the cards.

Immense, Albert’s collection of playing cards, tea towels, ashtrays, wall-hangings, mugs and kitsch all bear the stolen faces and pilfered cultural imagery of Aboriginal people. First amassed when he was a child and unaware of their sinister past, ‘Aboriginalia’, as Albert calls the objects, began to figure in his practice soon after he left art school in the early 2000s. In the recent past these objects sat comfortably in suburban homes and atop shelves in tourist shops, and while the objects are familiar to Australia’s historical imagination, their subjects are not. By using Aboriginalia, Albert co-opts Australia’s collective consciousness; drawing in the past, and what remains of it, he returns an identity once stolen to the subjects of history.

These have been played before.

Albert has assembled the cards into card houses around a metre high, like the nine structures in his epic 108-piece installation 108 (2011–13). Later, in The Hand You’re Dealt (2016) Albert, working into a deck, sculpted individual cards into bullets, skulls, dollar signs, Nike swooshes, Mickey Mouse ears and Batman insignias to map a cultural history of Australia. By laying out the cards into a tableau he flattened the inherent hierarchy of a deck. In Girl/Boy (2018) those small sculptured cards were supersized; a large-scale representation of the originals, they stood as proud portraits in a personal play wherein Albert, the young Aboriginal boy, was matched with the Queen of Hearts, and the young Aboriginal girl was anointed King. (1) In House of Discards (2019) Albert has rebuilt the original houses of cards around five metres high. Yet here, front and back, the cards are stripped of colour and form.

What is he playing at?

Albert has redrawn the cards: one side black the other white. In this new arrangement, the artist departs from his unmistakable representational style. With the Aboriginal imagery discarded and the suit erased, the relationship between the two sides is black-and-white. In a succinct abstraction, each side is sharply defined; back-to-back, they literally don’t see eye-to-eye. Through his practice Albert works to invert the histories of the past, allowing stolen stories to play a part. Here, in a monochromatic play, the untold is laid bare.

Will the house fall?

With the houses of cards, Albert was initially interested in the precarity of their structure; the failed hope in building a form that you know from the outset will topple. (2) Now, with House of Discards, the supersized houses are not representations but abstractions. Transforming the ubiquitous into the monumental seems a precarious game to play. By returning to past forms, Albert’s practice distinctively acknowledges that the past has not ‘passed’ while remaining eternally optimistic that it will. By playing big, Albert is hopeful that the ‘past’ is near.

- A big part of my practise is based around a collection of what I call Aboriginalia, which is kind of, like kitsch Australiana with images and representations of Aboriginal people.
My name is Tony Albert, I come from Far North Queensland. My people are Girramay, Yidinji and Kuku `Yalanji I've been living and working in Sydney for the past eight years, and I'm a resident at the Carriageworks Artist Studios in Redfern.
I grew up in a very modest family. We didn't have a lot of money at all and secondhand shops were really a part of life, and that is were I came across this kind of discarded ephemera, which, for me, was really representational of my family and people in my life, and I loved seeing Aboriginal faces emblazed upon things, like household kind of kitsch, so, I would collect it, as a child, and display it in my room. It was a collection that was built out of love.
It wasn't until I was in high school, that I started to really understand a lot more about this kind of imagery, and in turn, the more kind of sinister notions attached to it, why it was no longer collectable, why people actually had a problem with those images and I was looking at other Aboriginal academics, artists and writers, that really inspired me to delve much deeper into the idea of what this ephemera, what Aboriginalia really was.
The cards are really interesting, because they have the Aboriginal image emblazed on one side, and then the other side is kind of this complete opposite, it's the idea of the monarchy, it's the idea of a hierarchy, it's the idea of a class system, it's the idea of chance, it's the idea of luck attached to card games, and when you use the card within the structure, in a card tower, it also creates this tangent, or this fractured possibility, that it could fall at any point in time, or, stabling itself in a very fragile manner, which I think, is very interesting in the way in which the conversations with Aboriginal and non-Aboriginal people, the politics that is happening, the representation of the way in which Aboriginal people live in society, I think, is very reflective of this balancing act, and the opportunity to be involved in The National, and to expand on my practice, meant I could make the card tower at a quite monumental scale, but to also meant, I had the opportunity to pull back and minimalise the idea of these two conversations, which are now represented through colour, that being of the white inside of the card, and a black outside of the card.
I think, a lot of my work is really about planting a seed in someone's thought, it's about creating a very simple entry point to a discussion, and it might not necessarily be there and then, that that hits home to the viewer, but it might be that evening in bed, or week later, when something gets seen on the TV, or read in the newspaper, that they could come back to that thought and that idea, within the artwork, and think, oh, that's what that artist was talking about. So, I kind of see my work as this catalyst for that conversation.