This series of works by Troy Anthony Baylis are text pieces made from recycled or upcycled Glomesh. The kind of material that is commonly used in handbags and purses and possibly even costumes as well.

What we see here is the artist reconstituting Glomesh to create these artworks that spell out place names. He calls them postcards. Postcards is actually one of the kind of key motifs of The National at Carriageworks. The postcard appears in several of the works. In Troy Anthony Baylis's work, they become like place names signalling country from one sistergirl to another. But they also could be suggestive of aboriginal breastplates.

Troy Anthony Baylis is an aboriginal artist based in South Australia and works across multiple media. These particular works are interesting to me because they spoke to a sense of country and nation but in a kind of really domestic way as well. Like there's place names for suburbs like Mona Vale. Which could also for Troy, be suggestive of drag names. 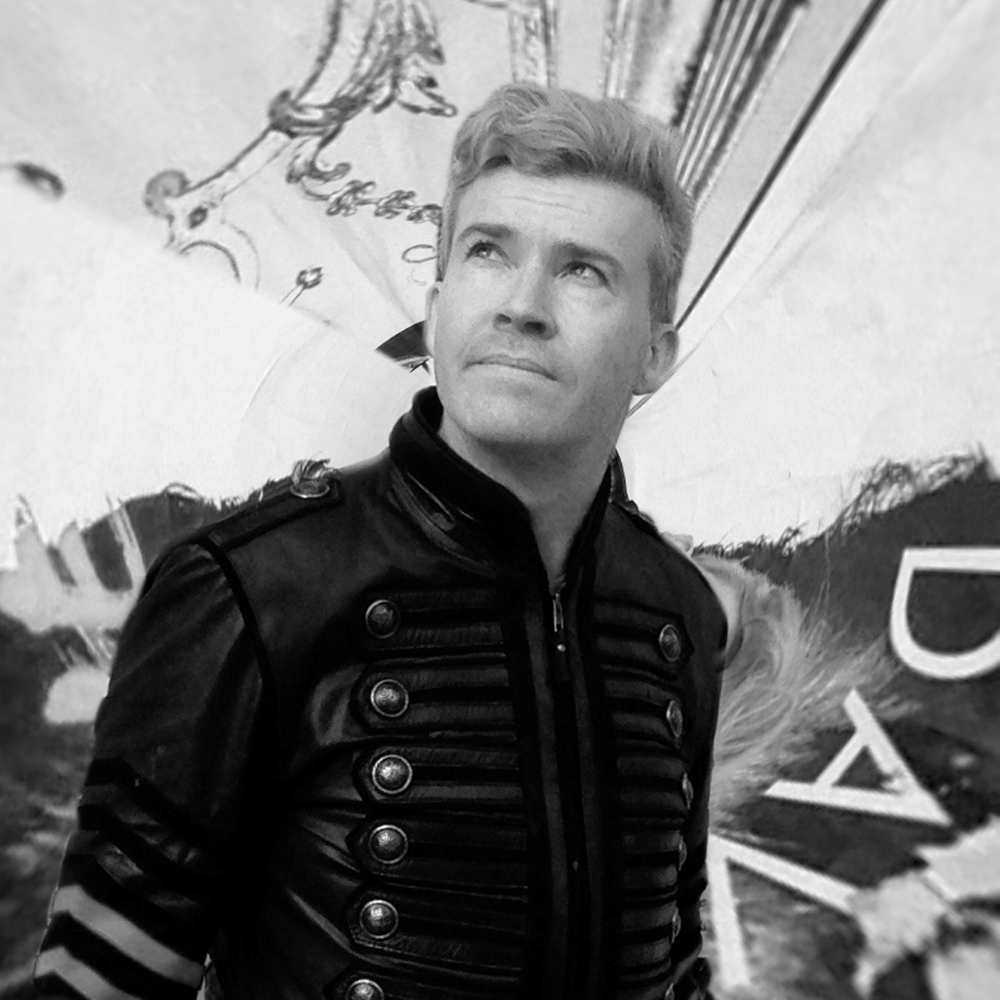 Self-described Queer-Aboriginal, Troy-Anthony Baylis is a descendant of the Jawoyn people from the Northern Territory and is also of Irish ancestry. He is an artist, curator and writer, and formerly Course Coordinator of Aboriginal Cultures, Comparative Indigenous Studies and Indigenous Philosophy at the University of South Australia, Adelaide. His art practice has been subject to 17 solo exhibitions and numerous group exhibitions, performances and publications since 1993. Currently in its final stages of completion, his PhD, ‘Deadly mimicry: Indigeneity and drag in contemporary artistic representation’, is concerned with analysis, cultural interpretation and ethics of the self as subject.

Postcards (2010–) by Troy-Anthony Baylis sits within a raft of his work that has refashioned notions of dress and address, connected queer and Blak in ways that unsettle racial taxonomies, and offered up shimmering new spectacles of resistance and connection. His work comes into being through a laborious process of sourcing Glomesh items in thrift stores or via deceased estates and then unpicking, reordering, rewriting and ultimately refiguring the relationship of this ‘iconic Australian’ camp material with queered Blak Australia.

The shapes of Baylis’ Postcards echo colonial breastplates given as ‘badges of distinction’ to particular Indigenous people in an effort to control and divide the Indigenous population. But in his rendition they become badges of glorious Glomesh, marking out the true authority of Queenly Queers and Indigenous warriors within Indigenous sovereignty. Each postcard makes a new map of connections between old mission towns, sites of Indigenous renaissance and now no longer ordinary suburbs across the nation. But each postcard also performs, in its way, a graceful, shimmering form of ‘going postal’: You think that breastplate made me your King? Your Queen? I was already that and more. I am that and more.

While these massive postcards call up the colonial breastplates first given out by Governor Macquarie, they also evoke histories of queered, glamorous accessories. When those two ideas are literally meshed together, those disparate histories of fashion and colonial force conjure the ongoing journeys of survival on Country to missions, cities, stations, enclaves, suburbia and rural towns. These journeys were and are sometimes forced and sometimes chosen, but through the magic of Glomesh they are here rewritten as the reclaiming of space and time by deeply diverse Indigenous peoples in deeply diverse ways.

Mesh and breastplates also suggest an armour of sorts. Both the breastplates that should have protected and the skilful interplay of camp that could protect? In that sense, these works salute the strategies and flash styles that are part of the spectacles of resistance. There is a contagious liveliness coming from these Postcards through the glowing mesh of individual arsenals, if we imagine them worn across the body. Baylis writes of the way he ‘skins’ his hunted and collected Oroton bags to create an ‘Armour Amore’ with restitching and reconnection via x-shaped latches. In this repetitive, demanding, crafted work, Baylis literally embroiders in the unknown kiss, the x of love that held and holds dispersed peoples together. An x also reminds us of Malcolm X and other forms of Black Power in other places that contribute to the fashionista flexibility of this camp armour. In all these ways, this is armoured blak queerness, a battle-ready display declaring, ‘I sashay with queer blak pride’. Unlike the pathos in the chorus of the Drag Queen standard ‘I’ve been to paradise, but I’ve never been to me’, these Postcards declare person and place at once. Crystal Brook, Nelly Bay, Alice Springs – all are part of a glamorous becoming that is mapping the past and the future at once through this fine, fierce art.