Yhonnie Scarce's installation, Death Zephyr, forms a cloud of suspended glass objects through the gallery space. These elongated forms are actually based on the long bush yams, found in the Maralinga region of South Australia, where Yhonnie traces her bloodlines to. And these yams were a form of bush food which was frequently harvested from the landscape.

In this cloud form they are in clear glass, there's sort of opaque glass, very dark glass, and a lighter purple glass. You get these beautiful transitions fluctuating through the installation. It has a sense of fragility because it is glass, and there's 2000 glass objects here, but they're actually quite robust, and that becomes an important part of its story as well.

But the key point of reference is the history of Marilinga in the 1950s and 60s, as a nuclear test site for both English and Australian Governments. And in this location, the local aboriginal people were moved off the land when the tests occurred. The nuclear tests, of course, poisoned the land and unfortunately yams were unable to be harvested afterwards or any other bush foods, and people were not able to move back on to the traditional lands. It is also thought that a number of aboriginal families were not found when they were removing people, and actually stayed there and lived through the nuclear blasts, with dreadful consequences for their health, and consequences for the people who stayed nearby the test site, anyway. So the Death Zephyr, sort of marks that destruction which occurred through these nuclear tests.

It also, as I said, forms a cloud through the space, and Yhonnie has actually based this installation form on a photograph of a nuclear test cloud at Maralinga in the late 1950s, and the form of that cloud drifting across the landscape as it dispersed after the explosion. And here, these sort of deathly yams almost rain from the sky to mark this very destructive occurrence.

But of course it is also an incredibly beautiful installation, and that beauty and fragility, well not really fragility, beauty in a sort of resilient toughness informs this work as well. So it's beautiful and deathly at once. 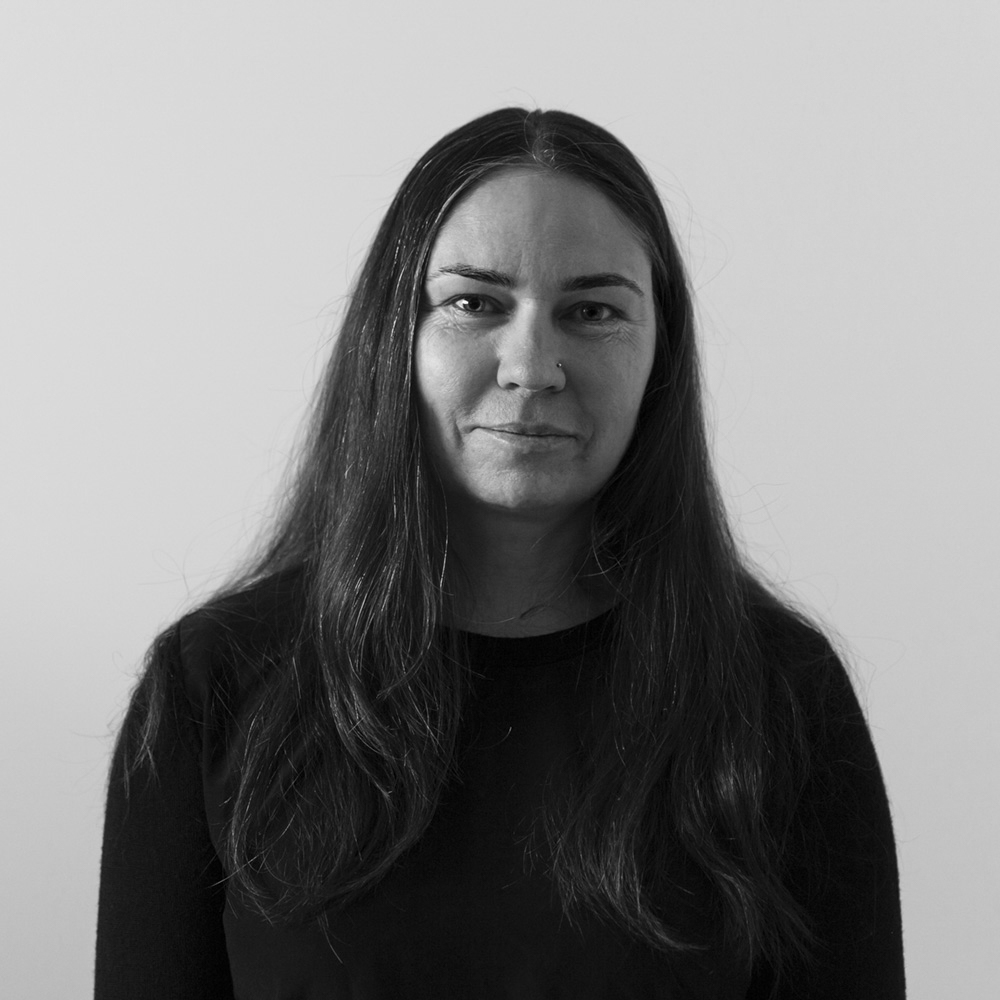 Yhonnie Scarce’s practice references her personal and cultural heritage to highlight the legacy of colonisation on Indigenous Australians. Her work explores the far-reaching impacts of government policies and historical events that Indigenous communities have witnessed. Bush foods feature frequently as unique anthropomorphic forms representing the body, culture and tradition. Recently, her research has focused on the British nuclear tests carried out in Maralinga, near where Scarce was born, during the 1950s and 60s. Scarce has returned to her birthplace to investigate the effects the radiation has had on the local Indigenous population and landscape.

The British nuclear tests conducted in the 1950s and 60s produced towering radioactive clouds that rained poison across the north-west of South Australia. Reverberant still, 60 years after the first detonation at Maralinga, they echo in the practice of the contemporary artist Yhonnie Scarce, who works almost exclusively in glass. Forged in infernal heat, Scarce’s practice is a kind of alchemy.

Scarce is of Kokatha and Nukunu heritage, and her maternal grandfather’s Country abuts the prohibited zone, which includes the former test site at Maralinga. The artist was born at Woomera, a closed town established in 1947 to house defence personnel inside the same vast militarised zone. The RAAF Woomera Range Complex is still active and remains the largest land-based weapons-testing range in the world.

In a workshop known as the ‘hot shop’ at Adelaide’s JamFactory, Scarce shapes molten glass into hand-blown objects that assume a strange life of their own. Glass is a by-product of silica, a natural chemical compound found in sand. When subjected to intense heat, the silica reaches its melting point and metamorphoses into liquid glass. It can then be manipulated through long tubes by human breath.

The objects Scarce creates are literal in so much as they mimic the organic form of bush foods once harvested by Aboriginal people across the inland. There are elongated long yams, bush bananas and bush plums. But in Scarce’s work they are totems, rarely standing for themselves. A signature, the strangely anthropomorphic long yam often appears in Scarce’s work as a monument to the dead. In Burial Ground (2009), first installed in the Netherlands, and Blood on the Wattle (2013), exhibited at a collateral exhibition during the 55th Venice Biennale that year, the shapes are lustrous and black.

The manufacture of these glass forms in extreme heat has a parallel to the crystallisation of desert sand during the nuclear tests at Maralinga. The ground temperature was such that the sand at the Breakaway site underwent the same process, reaching its melting point in the infernal heat of the blast and then becoming glass – the dirty, irradiated kind.

As you walk the site, it crunches underfoot. Interestingly, during the clean-up in the 1990s an attempt was made at in situ vitrification of the radioactive waste. This method of immobilising plutonium and other waste from the tests produced monolithic glass-like structures under the surface – although, following a mishap, the vitreous bodies were later exhumed and reburied.

Scarce has visited Maralinga twice; she is haunted by any conspiratorial silence in Australian history.

Although long suppressed, it is now a matter of public record that an Aboriginal family group was found in the highly contaminated Marcoo bombsite. (1) There were less well-documented cases, of family groups taking refuge in craters. Many attribute sickness and death to the radioactive black mist that moved noiselessly across the desert. We may never know the actual human fallout from the British nuclear tests; Scarce’s monumental work remembers. A memento mori, if you will, to an industrial contempt for human life.

(1) Four members of the Milpuddie family – a man, his wife and their two children – were ‘found’ in the highly radioactive prohibited zone on 17 May 1957, several months after the Marcoo bomb was detonated. In 1985, the Royal Commission into the British Nuclear Tests in Australia heard evidence that the Milpuddie family were following a traditional rockhole route towards the former mission at Ooldea when they were apprehended by Commonwealth patrol officers. After a brief decontamination, the family was transported to Yalata, south of Maralinga. Edie Milpuddie later disclosed to the Royal Commissioner, Justice James McClelland, that she was pregnant when she and her family were found near the Marcoo site, and that the child was born dead. The Royal Commission found that it could not ‘exclude the possibility that the Milpuddies’ entry into the contaminated area resulted in injury to them’.