in collaboration with Elise McLeod

This video installation's called The City of Ladies, it's by Sydney artist Zanny Begg, working with a Paris-based filmmaker, an Australian woman called Elise McLeod. Zanny, over recent years, has been making these films that sort of sit between documentary and drama, made in a form of collaboration with the groups of people whose experiences she's trying to draw out in the films. So, she's made films with young men in youth detention, or particular migrant groups in Western Sydney, usually using some kind of fictional template through which they can express something about themselves. The films oscillate in this really interesting space.

In this film, Zanny and Elise have worked in Paris. They put out a call for young women, primarily activists working in social justice movements, who might be interested in actually making a film, or participating in a film that speaks something of, or to, their life experiences, and a lot of them are migrant women. As Elise works as an actor trainer for feature films, they undertook acting workshops and drama workshops as part of this reciprocal relationship about giving skills and experience back into this group of women.

The work uses as its template, or as an inspiration, a 1402 novel, The Book of the City of Ladies written by an Italian author, Christine de Pizan, who was based in France, and it's really considered one of the first, if not the first, feminist novel. In this book, the author imagines a city built to, and drawing upon, the qualities of women, and particularly important women in history to that point. It's this kind of utopian idea of a city of and for women.

Working with this text as a sort of influence, or a template, Zanny has actually developed a series of scripts, a series of narratives, a series of exchanges amongst the women, and she's also brought into the workshop situation a number of important feminist figures, including philosophers, who come and either are interviewed in the film, or come and talk to the young women involved in the film.

They compiled a huge amount of footage of these women in interior situations, or walking around housing estates, or in the city of Paris, performing, dancing, singing, speaking with each other, but rather than make a narrative film that has a beginning, middle, and end, a sort of arc, they've taken a series of sections and I think there's something like 52 sections, scenes, whatever you want to call them, seven of which are quite long, so they're 8, 10, 11 minutes long.

They've put this through a computer algorithm, that's been written especially for them. And so every time you come into the installation, every 20 minutes a new film will be shown, and it will be a different sequencing of scenes that they've shot. There's 52 scenes, I think that's the right number. They'll take one of the seven longer ones, as the core of that, and the computer will select a number of others and arrange them around that core, and you'll get a 20 minute film, and it'll be different every time. In fact, there's over 300,000 permutations of the work. So, you get this constant play of different relationships between the women that are being filmed, and their stories. It has this complexity and richness that's ever-evolving, and they wanted to really give that sense of that complexity, rather than simply a film that you could watch over and over again and get a sense of progression in these women's lives, which is really not what this work is about. 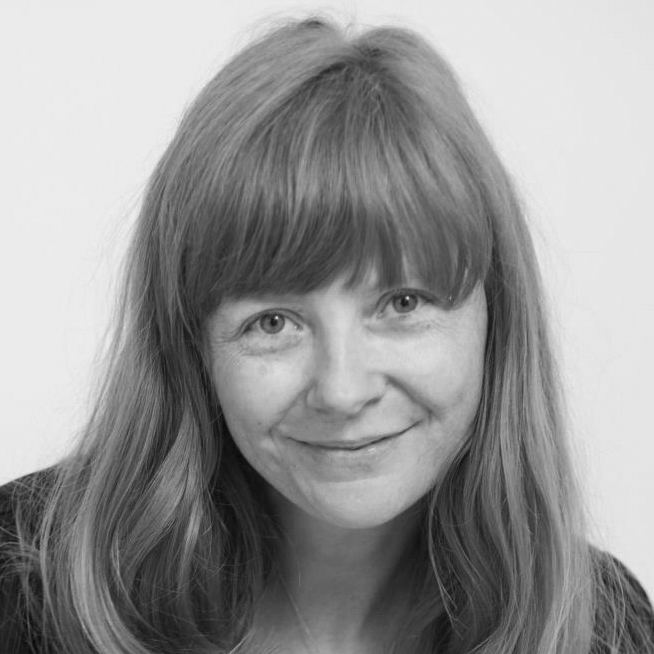 Zanny Begg is an artist and filmmaker interested in exploring the archaeology of contested history/ies and the architecture of social change. She works with film, drawing and installation to explore ways in which we can live and be in the world differently. This has included working with macro-political themes, such as alter-globalisation protests, and in micro-political worlds, such as with children in prison. Her work is often collaborative; in The City of Ladies she collaborated with the Paris-based Australian film director Elise McLeod, a childhood friend who Begg reconnected with through a shared interest in film and feminism.

Elise McLeod is a Paris based Australian film and theatre director who holds an honors degree in directing from the University of Paris VIII. She has directed several films, including Love, lies and the internet, Geisha and the award winning Fish & Chicks. She directed  and adapted for theatre the famous French cartoon book The Rabbi’s cat by Joann Sfar. Her other theatre credits include Kiss DB ou L’histoire d’une mort sans fin, Revoir Amelie and Toutes Coupables. She has worked in the French film and television industry for over 15 years. The City of Ladies is her first collaboration with Zanny Begg.

I feel changed all over. My arms feel stronger than before
The crying has stopped
My appearance has changed, strengthened. My voice is deeper
My body harder and more agile
The ring that Hymen gave me has slipped from my finger
This troubles me, as I loved it dearly. But then I stopped crying.
My new self was strong with a hardy spirit. I was astonished
I became a real man (1)


Weighted by the gender inequality of the time, Christine de Pizan, an Italian migrant in France and arguably the mother of present-day western feminism, imagines a didactic feminist utopia in Paris. The Book of the City of Ladies describes a cataclysmic time in France, caught in much political and social unrest.

Zanny Begg’s new film collaboration with Paris-based film director Elise McLeod, The City of Ladies (2017), is influenced by Pizan’s seminal text and deals with parallel narratives. Centuries later, it seems that not much has changed for Parisian women. Paris is a contested city problemetised by class, arrondissements, race, religion and gender. Here, seven films are imagined by young French women from various ethnicities, including Cambodian, Algerian and Tunisian, to create a utopic dystopian dreamlike filmic fiction informed by their personal lives. Each screening of The City of Ladies will be generated randomly in a different order by software programmer Andrew Nicholson, offering variant perspectives.

Begg is an arch manipulator of negotiating multiple contexts, histories and narratives through the medium of film. Her 2015 film 1001 Nights in Fairfield reconfigures the West Asian folktale for the Western Sydney suburb of Fairfield via an Iraqi choir, charting migration and creating home in a surreal film shot through a stunning blue lens.

The City of Ladies contains choreography of gestures from the Nuit Debout political movement set to the song ‘Who Loves the Devil’, which was performed during the Bataclan theatre massacre in 2015 in Paris. This version, covered by the Sydney post-punk band Mere Women, proposes new engagements with the lyrics. Another storyline charts a French Muslim woman’s life as seen through the prism of Joan of Arc’s appropriation by the far right and the triumphant French feminism informed by empire, as personified by the burqa ban.

But what’s in the film for a man living in Sydney in 2017 with multiple roots in the UK and Sri Lanka?

I am not a woman. I am a male feminist.

‘A male intruder in the hive’ reads a review from a major British newspaper that references my early career as the first male dancer in an all-female contemporary dance company informed by classical Indian dance. While it’s important to let the aggrieved persons define racism, nationalism and sexism, any real change is only possible when it engages the other. The strength of Begg’s film is defined by its invitation for men, women and all genders in-between and beyond to reimagine 21st-century Paris in terms of how we perceive belonging in a world undergoing such transformation – no different to 14th-century France.

After all, we are in it together.

Zanny Begg discusses her work, The City of Ladies

City of Ladies was directed by Zanny Begg and Elise McLeod