In 2016, Agatha Gothe-Snape was invited to greater work that reflected and archived the complexity and ambition of The National over three iterations. In 2021, Gothe-Snape and Andrew Burrell present a single final work existing in three spatial temporalities, an immersive virtual biosphere of textual fragments, a performed monologue stream live to Carriageworks from that virtual world and a single monologue performed by Gothe-Snape at the Art Gallery of New South Wales. The performance at the Art Gallery of New South Wales will find Gothe-Snape immersed in a virtual biosphere while wearing her Oculus headset, she'll be blind to what the audience see. The audience instead, will see her both in a bodily presence and the virtual world that she encounters. So as her body moves on the stage behind her, on the screen, will be projected all the thoughts, visions, sounds and dreams and quotation that she's accumulated over the last six years working on this project. In many ways this new technology has enabled Gothe-Snape to think about what it means to be formless and responding to the theories of René Descartes’ notion of the body–mind split and the phenomenologist mantra that our primary mode for engaging in the world is through our body’s senses. This work provokes the possibility of a physical and spiritual transcendence via new technologies like virtual reality. 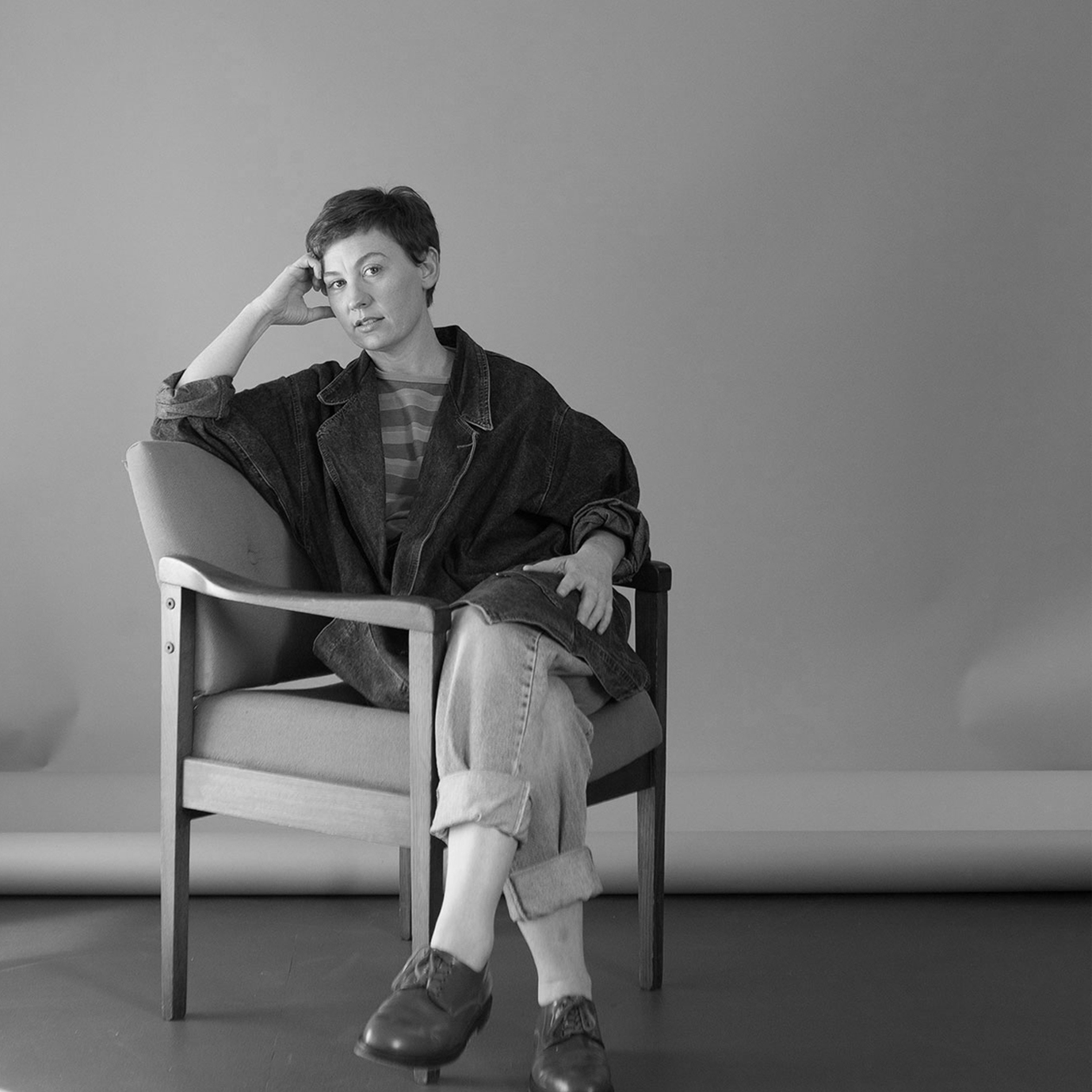 Based in improvisational performance, the meeting point between artistic process and social and historical context is a central theme in Agatha Gothe-Snape’s work. It takes many forms: performances (including dance), PowerPoint slide shows, workshops, texts (correspondence, short poetic texts and headlines both appropriated and improvised), visual scores and collaboratively produced art objects. Her works are singular, embracing the complexity, ambiguity and slippages of both performance and language in an aesthetic style that is questioning, poetic and political. Her process is without fixed limits and fosters transparency. She gives agency to impulsive responses. The work inhabits spaces that are both physical and non-physical, occupying thresholds that are negotiable. 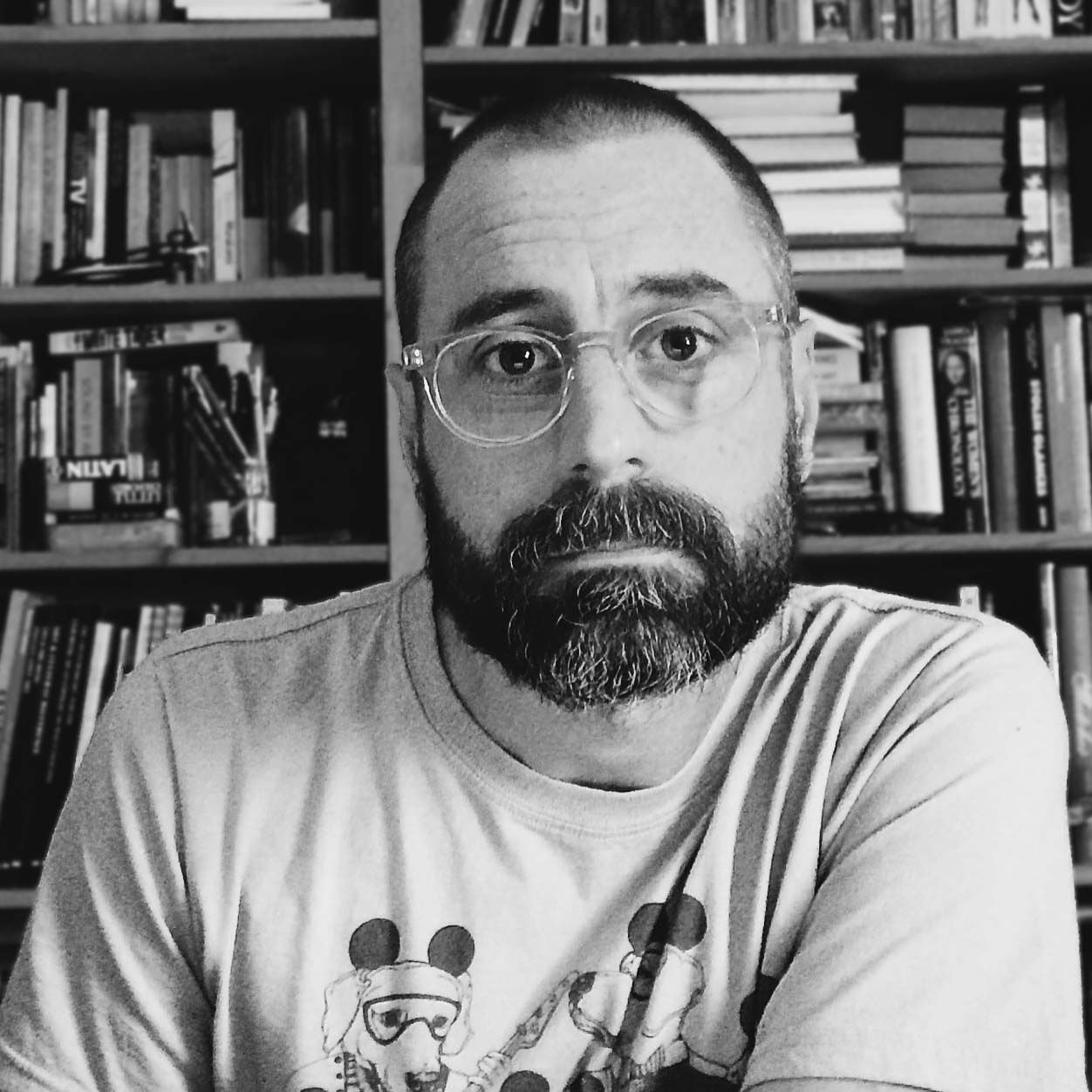 Andrew Burrell is a practice-based researcher and educator exploring virtual and digitally mediated environments as a site for the construction, experience and exploration of memory as narrative. His ongoing research investigates the relationship between imagined and remembered narrative and how the multi-layered biological and technological encoding of human subjectivity may be portrayed within, and inform the design of, virtual and augmented environments. He is a lecturer in Visual Communication, faculty of Design, Architecture and Building at the University of Technology Sydney.

There is a squiggly blob. Lines wiggle within the splattered shape, like neurons. The squiggle is virtual, a repository of text uttered and heard. Standing either side are two doorways, drawn ajar. They appear as portals, one opening onto the Art Gallery of New South Wales and the other to Carriageworks. The drawn lines trace Every Act of Reading Performs the Work (2019–21). Agatha Gothe-Snape and collaborator Andrew Burrell are finding words. Sitting in Gothe-Snape’s studio, they outline the final part of a three-part project for The National: New Australian Art from 2017–2021. Their words are sticky. (2)

Starting in the middle. In 2019, a digital trailer was released. ‘I am trying to imagine how to begin,’ it opened. We follow the artist’s voice. We pass through an open door. We’re inside an institution, an art gallery. We rollercoaster through a trail of text. The trailer promised entry into a newfound virtual world, but the project would end where it began.

The closing monologue from Australian-born art critic and tv personality Robert Hughes’ canonical The Shock of the New was Gothe-Snape’s starting point. In the 1980 series based on the book, also the year of the artist’s birth, Hughes offered an abstruse declaration of the state of art. Gothe-Snape used Hughes’ monologue to frame a film project that was to capture the social context in and around the three iterations of the exhibition. But after the first iteration in 2017, this was redirected by her newly formed collaboration with Burrell and his work with virtual environments.

Virtually, Gothe-Snape’s distinct material practice of collecting words using pen and paper becomes a whole environment; an infinity pool of text and markings, where the only organising principle of, and through, this world of words is the artist’s body. At the beginning, in You and everything that is not you (2012–17), Gothe-Snape was caught on video trying to remember and Ms-remember Hughes’ monologue (an intentional use of the honorific). In 2021, Gothe-Snape performs her own closing monologue. Like ‘beads on a thread’, text pulled from this world forms a ‘single mutating thought’.

Offering a textual deposit of the entire project, the spoken performance is portal-ed to us in two forms. Once as a Rogue Monologue (Art Gallery of New South Wales) (2021) at the titular institution and weekly as an Apparitional Surge (2021) at Carriageworks. At the former, Gothe-Snape performs live to an audience while within the virtual world. The artist is present but absent, like a reader lost in her chair. At Carriageworks, performing remotely from her studio, the artist appears in the gallery, unannounced, as a green blob on a roaming LED screen. With the body elsewhere, the roaming LED frame is a ‘living sculpture’. (3) When the artist is not present, mediated or otherwise, a daemon takes hold tracing this archive of conversations, quotes and observations that ‘always exist’ yet are ‘perfectly inaccessible’.

We are left with a facsimile of the artist’s presence over the time and space of the six-year project; an (embodied) experience of The National. And at its end, the work performs its own end. Facing Hughes’ proclamation, Every Act of Reading Performs the Work finds meaning through a ‘process of not knowing’. The third act closes, in the artist’s own words, literally, with an ‘insistent openness’. (4)

(1) Quotes are from author's conversation with Gothe-Snape and Burrell, 12 Jan 2021, unless otherwise noted.
(2) Anneke Jaspers and Agatha Gothe-Snape discuss the ‘stickiness’ of Gothe-Snape’s practice in ‘Passing Honey Between Hands’, in Hannah Mathews and Melissa Ratliff (eds), Agatha Gothe-Snape: The Outcome is Certain, Monash University Museum of Art & Perimeter Editions, Melbourne, 2020, pp.126–128.
(3) This description is borrowed from the title of Living Sculpture (White) (2013), which has a similar sculptural form to Apparitional Surge (2021).
(4) Email correspondence between author and Gothe-Snape, 26 Feb 2021.

Agatha Gothe-Snape is represented by The Commercial, Sydney.

This project has been assisted by the NSW Government through Create NSW and the Faculty of Design, Architecture and Building, University of Technology Sydney.